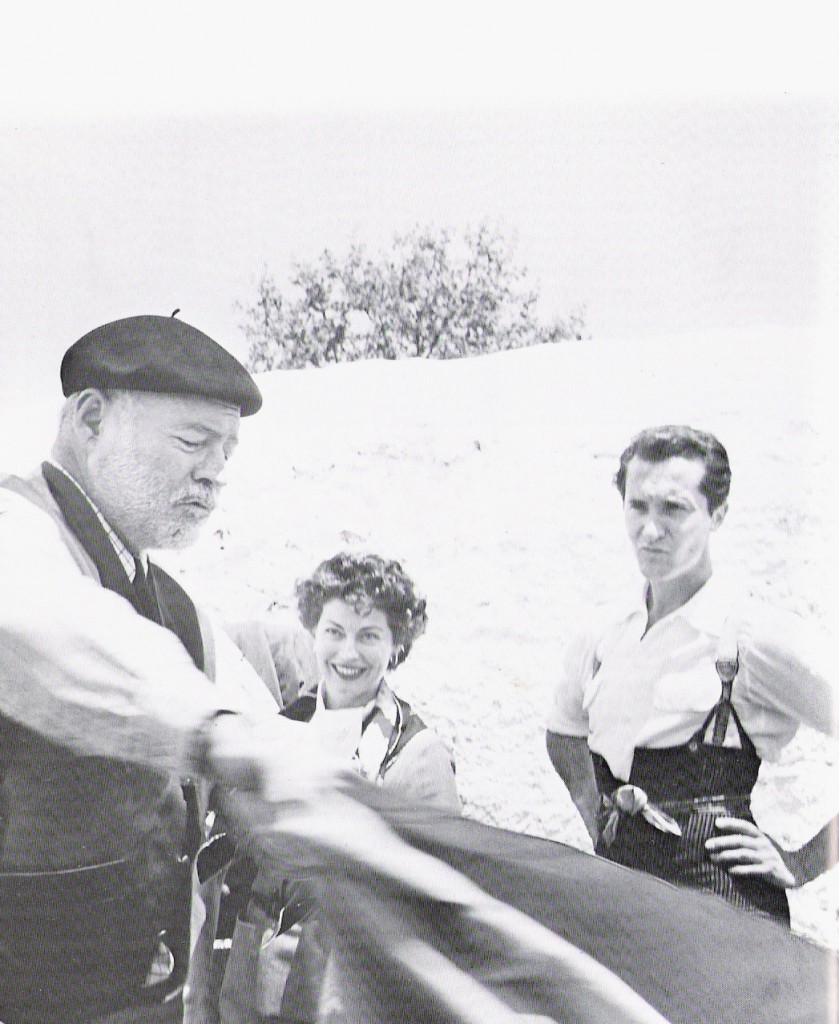 That’s Ava Gardner up there, making the moon eyes.

Pretty much every candid picture you see of Hemingway is just like that – he’s the undisputed center of attention.

Now a couple of movies, Midnight in Paris and Hemingway and Gellhorn, seek to put Papa on the screen, with Corey Stoll (Law & Order L.A.) and Clive Owen, respectively, playing the man.

I wish them both luck. They both seem like plenty good actors. But…they want to play that guy. That guy up there that Ava Gardner can’t stop eye-raping.

My guess is that if Papa wanted someone to play him in a movie, he’d stomp back from that bar he’s haunting in Cuba, and slap every actor he thought might be suitable until he found one that didn’t cry.

Doesn't know much about culture, but knows when it's going to hell in a handbasket.
View all posts by editor, facilitator, decider →
This entry was posted in New Post and tagged Ava Gardner, hemingway. Bookmark the permalink.