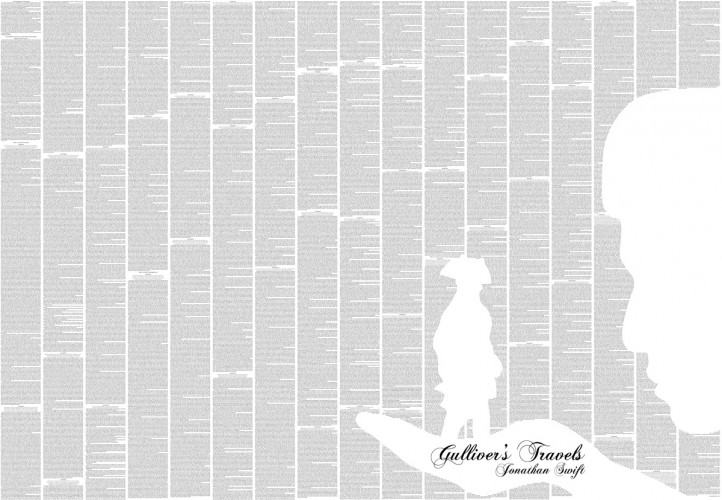 Media mashups are often iffy propositions. “Artistic segregation” might sound like a bad thing, but there’s usually a good reason why artistic genres, types and mediums are remorselessly assigned to their narrow cubbies. Andy Warhol never should have tried making movies, is what I’m saying.

But art is about nothing if not breaking rules, and sometimes there’s even merit in breaking them. Such was the case when London graphic artist Carl Pappenheim began melding classic long fiction, and wall art.

His result is Spineless Classics, an entirely new way in which distinguished literature can delight the eye.

As with the finest emerging art forms, this one has a wry origin story. A few years ago Carl found himself broke, and also in need of buying a present for his mum. With the help of a friend, who had access to architectural-printing equipment, he transformed his mother’s favorite book into a head-turning poster. When she spent £200 getting it framed, he knew he was on to something.

Spineless Classics now stocks dozens of iconic books in wall-art form, everything from War and Peace to Rudyard Kipling’s Just-So Stories. They average about 100,000 very readable words, with most texts comprising a single 328″ by 230″ panel (a few, such as Darwin’s Origin of Species, are presented as a poster series). Their website even includes a request form for specific books to be added to the catalog; my dedicated legion of hackbots are right now emailing millions of urgent requests for the posterization of the collected works of Worden.

Pappenheim has shattered an artistic boundary, and for once there’s nothing regrettable about that. Unlike Warhol’s movies, Pappenheim’s posters are pleasing, groundbreaking and undoubtedly here to stay. 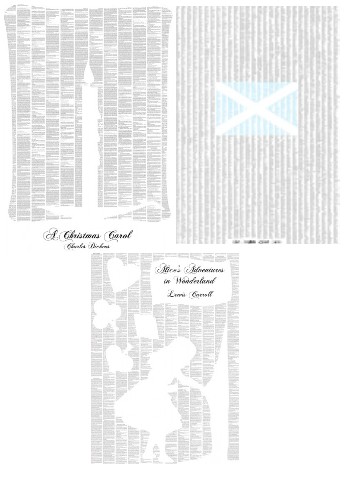 Doesn't know much about culture, but knows when it's going to hell in a handbasket.
View all posts by editor, facilitator, decider →
This entry was posted in New Post and tagged Carl Pappenheim, Spineless Classics. Bookmark the permalink.