If there’s an apocalypse, don’t blame the Mayans 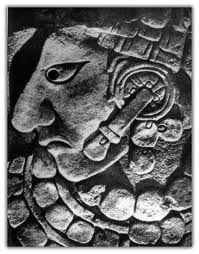 One of the risks we run when we dabble in (or fully appropriate) the cultures of others, is a complete freaking misunderstanding.

That’s what we have here, with the supposition that the world is going to end this December, on or about the Winter Solstice.

Unless you live under a rock, you’ve heard by now that the “Mayan calendar,” such as it is, comes to some sort of dead end on a date that has been translated to be round about the latter days of 2012. A few sensationalists have interpreted this to mean that all of creation will end that day. Which means that suddenly the Mayans are getting a lot more widespread attention than ever before.

Under different circumstances that wouldn’t be a bad thing. The Maya civilization makes for fascinating study, and they’re well worth your time to look into (e.g. the Maya are the only indigenous American culture known to have created phonetic/logogrammatic writing, for one thing).

Problem is, the “Mayan Apocalypse” nonsense is being spewed without the slightest respect for, or understanding of, the culture in question — or even the calendar in question. A thorough refutation will take more time and space than we’re going to devote here (but there are plenty of refutations out there).

Suffice it to say: the “calendar” isn’t precisely a calendar. It’s more of a textbook depicting time and space as the Maya (or more accurately, the Mesoamericans) understood it. It’s cyclic, not linear, because that’s how they viewed time/space.

And being cyclic, it doesn’t “end” on 12-21-12, or any other time. True, that date marks the end of delineated age, or era, as the Mayans understood it. But time is cyclic, remember? Another age commences immediately thereafter.

Besides, ages and eras start and end all the time, without the upheavals that John Cusack threatened us with. As far as I’m concerned an era ends every time Doctor Who regenerates. You didn’t see me freaking out when Christopher Eccleston turned into David Tennant (all right, full disclosure. I freaked out a little).

The point is, there’s some freaking out going on now, and it seems likely to get freakier as autumn turns to winter.

Like most non-DoctorWho-related freakouts, this one can be short-circuited with a little self-education. If you’re inclined to worry over the Mayan apocalypse, then read up on the Maya. It’s interesting stuff, you’ll expand your horizons and you’ll put your worries, at least these particular worries, to rest.

Best of all you’ll then be able to make full use of your own calendar, happily penciling in a full slate of affairs for December 22nd.

Doesn't know much about culture, but knows when it's going to hell in a handbasket.
View all posts by editor, facilitator, decider →
This entry was posted in New Post and tagged 2012, mayan apocalypse. Bookmark the permalink.