RIP to two elder statesmen of the Arts

We lost two of the greats yesterday. We might console ourselves knowing they both lived to ripe old ages, and if they didn’t give us their all, in terms of their art, then they gave us so much that it’s impossible to tell the difference. 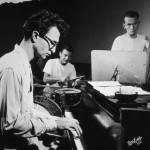 His massively influential Dave Brubeck Quartet recorded, in 1959, Time Out, the first jazz album to go platinum. Take Five, from that album, is still one of the most familiar and beloved jazz instrumentals of all time. On the strength of that composition alone we salute Dave Brubeck; and in honor of his entire body of work and of his extraordinary and full life, we wish him fond farewell.

Oscar Niemeyer (December 15, 1907 – December 5, 2012) was an award-winning and highly recognized architect, almost universally considered to be one of the fathers of modern design. A native Brazilian (his full name was Oscar Ribeiro de 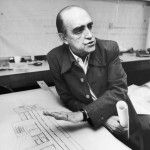 Almeida Niemeyer Soares Filho), he was largely responsible for the architectural aesthetic of Brasilia, one of the few planned national capitals, and certainly the most beautiful, built in the twentieth century. He famously said that his designs were inspired by his native land, and in particular that his curves were an interpretation of the bodies of Brazilian women. Here in the States we’re most familiar with Mr. Niemeyer’s work thanks to one very important complex of buildings on New York’s East River. The UN headquarters stands as a global effort to create a cooperative human community. We recognize the arts, in all its forms, as central to that community, and we thank Oscar Niemeyer for his life of contribution and of service. 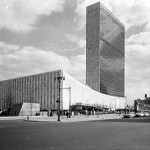 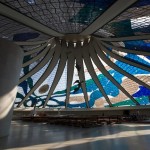 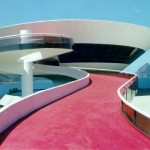 Doesn't know much about culture, but knows when it's going to hell in a handbasket.
View all posts by editor, facilitator, decider →
This entry was posted in New Post and tagged architecture, Art, arts, Dave Brubeck, jazz, jazz piano, RIP, United Nations, what is culture?. Bookmark the permalink.