The business of sports and the culture of deceit

The two American sports personalities that caught our attention last week couldn’t be more different. One was a star ascendant, whose future couldn’t have been brighter. And the other was already far into his downward spiral, tarnished by suspicion and banished for life from his own vocation. 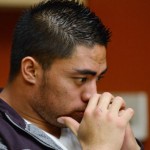 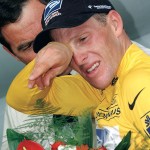 What links Manti Te’o and Lance Armstrong, aside from an accident of nefarious timing, is their deceit—and the way their lies have exploded so completely, so publicly.

Te’o's story rings a bit more tragic, probably because the lie behind it was so purposefully heart-tugging. Manti Te’o is a star linebacker playing for Notre Dame, an odds-on favorite to be a first-round pick in the next NFL draft…who until last week was as famous for his star-crossed love story as he was for his prowess on the field. Sports Illustrated, ESPN’s College GameDay and the South Bend Tribune all ran gushing features about Te’o's unshakable faith, and his undying commitment to his soulmate, Lennay Kekua. They followed Manti’s and Lennay’s story as she was diagnosed with leukemia, suffered a horrific car crash, and then finally, this past September, passed away. Te’o was showered with praise as he followed what he said was her dying wish, by never missing a game to be by her bedside or even at her funeral. In the months after her death, Te’o's followers on Twitter were witness to his frequent and moving tributes to his fallen angel, like this one from November 6th: “@LennayKay I miss you!”

Even a cursory bit of fact-checking by SI, ESPN, and the Tribune would have revealed what we now know, and what seems so obvious in retrospect: there never was a Lennay Kekua. There was never a leukemia diagnosis, nor a car crash, nor a heart-wrenching death.

Te’o admits as much, but claims he was victim of a cruel ‘net-based hoax. If that’s his attempt to come clean, he’s yet to learn the harshest lessons about deceit and redemption. Because even those most credulous reporters, the ones who helped him build his web of lies, now smell the p.r. blood in the water, and can plainly see the glaring inconsistencies in Manti Te’o's “confession.” If Manti Te’o was snared by an online trickster wielding a stolen photo of a pretty girl, then from where do we have the stories of Manti’s and Lennay’s times together, of her visits to his native Hawaii, of the way he’d stay on the phone with her during her hospital stays, talking to her until she fell asleep?

It’s just possible that Te’o was a victim of a hoax at some early point in the creation of Lennay Kekua. But at another point, probably nearly as early, he recognized the value to his burgeoning brand of this perfect love story. So he lied. And lied, and lied.

Deceit itself can become a brand, and can come to define not just a narrative, not just an episode—but the entirety of a personality and a career. Just ask Lance Armstrong.

It’s not bad enough that Armstrong lied, so convincingly and for so many years, about his use of performance-enhancing drugs and the role those drugs played in his dominance of competitive cycling. No, what will define Armstrong, and rightfully so, was the way he tried to destroy so many people, professionally, financially, and personally, for telling the truth about him.

In his self-serving mea culpa to Oprah Winfrey last week, Armstrong couldn’t recall exactly how many people he’s sued over the years for accusing him of the drug use he was guilty of. Or at least he claimed to be unable to recall; Lance Armstrong is a branded liar, and we have every right to view his every statement as suspect. Lance Armstrong has only himself to thank for this.

So why have these men done this to themselves? Why did their pursuit of glory bring them little except scorn?

I won’t try to look inside their minds, so I can only guess at what seems most likely: it’s simple greed. It was two very different, completely misguided attempts to build lucrative sports-based brands. The irony is that the foundation of those brands—raw and natural talent—existed and could be relied upon, before being sullied with duplicity. Then somehow deceit itself became the basis of their brands, and it required more deceit, unendingly, to endure.

Those were decisions that Manti Te’o and Lance Armstrong made willingly, and even if they’re forgiven they should never be excused for it. But what of the cultures behind them? What of the world of professional sports, in which this culture of deceit thrives?

Why is doping so pervasive in cycling? Why do we find that scourge wherever we look within the sport? And why is a heroic backstory necessary for football? Why would a young man feel the need to invent his virtue (rather than live it) to create a successful career?

And finally—how much more deceit lurks beneath the surface of professional sport? How many other life stories are ginned up for impact, and how many other “heroes” rely on artificiality for their achievements?

American sports are huge profit centers, and a huge part of our national psyche. So before we go down that rabbit-hole of suspicion and deceit we should probably ask ourselves: Do we really want to know the truth?

Doesn't know much about culture, but knows when it's going to hell in a handbasket.
View all posts by editor, facilitator, decider →
This entry was posted in New Post and tagged culture, cycling, deceit, football, Lance Armstrong, lies, Mante Te'o, Notre Dame, Oprah Winfrey, sports. Bookmark the permalink.