A happy holiday on Mercury, for artists and writers

Just in time for Christmas, or Yule, or Saturnalia, (or what have you) the right jolly old elves at the International Astronomical Union have gifted upon as all ten newly named impact craters on planet Mercury, each in honor of an artist, musician, or writer of considerable note. Not least of these is Crater Lennon, named for a Liverpool lad of that surname, of whom you might have heard: 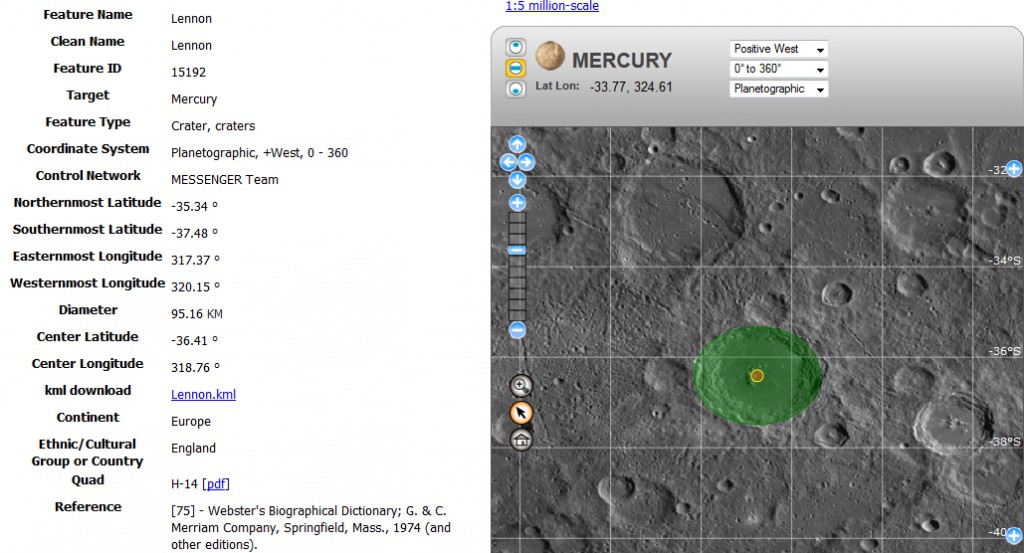 So is this immortality? Nah. If there were such a thing then this numinous dectet has already earned it in ways the IAU can’t bestow. This, instead, is recognition and appreciation, from we the earth-bound, writ symbolically in the pocked soil of a distant world. Doesn’t matter a bit that none of these artists will ever know, nor ever could have expected, such stellar honors. What matters is that we know. And that when and if we ever espy that tiny wanderer (which never wanders more than a few degrees away from Sol) we can reflect upon the impact here at home of the artists, and of the artists’ namesakes on Mercury.