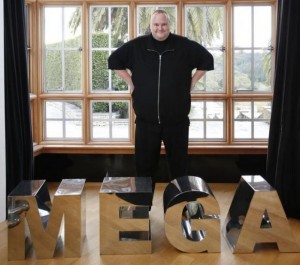 Looks like one of the most outsized and out-spoken figures from the gray-hat worlds of file-sharing and internet entrepreneurship plans on insinuating himself into the already-bloated milieu of American politics. Being that Kim Dotcom dasn’t step foot on U.S. soil, where he’s considered the most-wanted pirate outside Somalia, his plans to shake up the American political scene seem optimistic at best. Still, the short history of twenty-first century digital culture is rife with chagrined examples of those who’ve underestimated Big Kim.

Born Kim Schmitz in Kiel, Germany, currently a resident of Auckland, New Zealand, he’s been making online waves since the nineties, having hacked the Pentagon, NASA, and a handful of international banks. His first brush with the law came in 1994, with his first arrest (and later conviction) for piracy. It would not be his last.

He’s most famous (aside from the self-indulgent name change) for his file-sharing site Megaupload, founded in 2005. It, and he, quickly drew the ire of copyright holders, particularly American film and music companies. 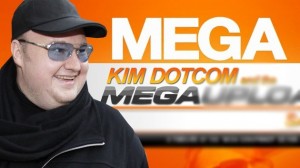 Megaupload’s wide-eyed defense that it merely provided a platform and had no control over what files members were sharing, did little to dissuade the FBI from pursuing Megaupload and Kim Dotcom right ’round the globe. The U.S. Justice Department engineered the 2012 raids that seized Megaupload servers, shuttered the site, and ended with Kim Dotcom in handcuffs.

His case, and most particularly his extradition fight, has been raging ever since, and it’s undoubtedly an offshoot of that which led to his founding of the New Zealand Internet Party in March, 2014. The party has been well-funded, organized and touted with the typical Dotcom flair…and has been thus far utterly unsuccessful in electing candidates. 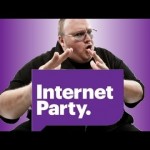 That’s probably understandable, given the movement’s youth. The most natural strategy would be to grow those grassroots, to allow the party membership and leadership to mature, and to take the slow route to political relevance.

But that wouldn’t be the Dotcom way, would it?

Thus, Kim Dotcom announced last week, without an over-abundance of detail, his plan to bring the Internet Party to the U.S. sometime in the New Year.

So what does this mean for American politics? In all likelihood, not a lot, at least not for the foreseeable future. The deathlock of our two-party system—enshrined in stark reality if nowhere in law—doesn’t leave much room for small issue-oriented upstarts…and certainly not for one instigated by a non-citizen, designated fugitive.

But hey, maybe that’s all the more reason to welcome the Internet Party to our shores.

I’ve always found Kim Dotcom to be fascinating, dubious, enigmatic, and more than a little buffoonish. That 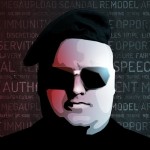 Maybe I’m simply starved for political choice. In that I’m certainly not alone. There are legions of us who feel that the American political system is utterly stagnant, rampantly corrupt, and thoroughly non-representative of (and probably uninterested in) our interests. Doesn’t seem likely that Kim Dotcom can make much of a dent in that, but if he’s willing to try the least I can do is be willing to listen.

The platform of the Internet Party N.Z., which would presumably be largely imported into the U.S. incarnation is, unshockingly, tech-centric. It includes calls for digital freedom, expansions of connectivity, and a curtailment of government surveillance. It’s also pro-environment and against social inequity.

Don’t know about you, but I can get behind all that.

Kim Dotcom, you haven’t yet convinced me. I’m not promising my vote, or my time, or my involvement. But I’m intrigued, and endeavoring to be open minded. You just might be onto something here, and I’m inviting you to press on. So please – tell us more.

Doesn't know much about culture, but knows when it's going to hell in a handbasket.
View all posts by editor, facilitator, decider →
This entry was posted in New Post and tagged digital culture, Kim Dotcom, Kim Schmitz, Megaupload, New Zealand, political culture, politics. Bookmark the permalink.