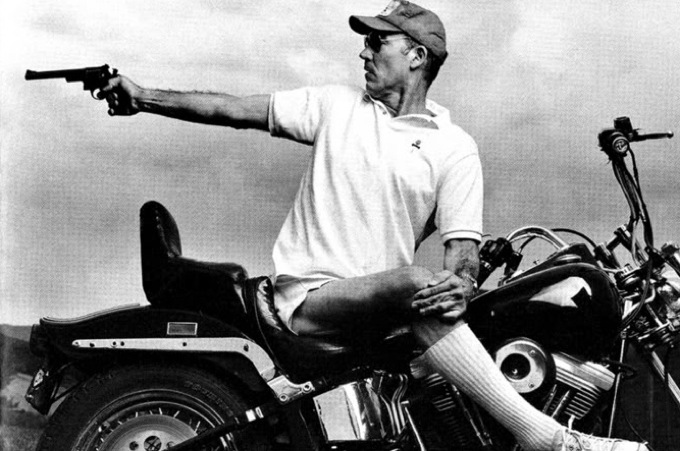 Hunter S. Thompson, man of letters and vices, checked out of this vale of weirdness and discontent on his own terms, just over a decade ago. But through the grace of serendipity or his own careful planning (either explanation is equally likely) his words, deeds, and crazy-like-a-fox philosophy live on. Occasionally, even, we’re graced with new evidence that he lived as he wrote: fast and without regard for any fool who might get in the way.

So add to that archive this hilarious, NSFW customer-support call, in which the good doctor expresses his displeasure about a product, an installation, and the egg-sucking dogs who had the temerity to mess with his stereo. Enjoy, and always remember: when the going gets weird, the weird turn pro.

Doesn't know much about culture, but knows when it's going to hell in a handbasket.
View all posts by editor, facilitator, decider →
This entry was posted in New Post and tagged customer service, gonzo, Hunter S. Thompson, writing. Bookmark the permalink.