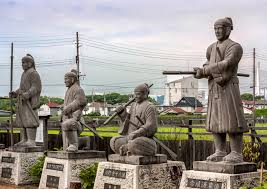 On January 30th, 1703, the 47 Ronin fulfilled their debt of honor, and claimed their place in history.

The 47 had been samurai, loyal retainers of  Asano, the daimyo of Akō. Asano Naganori was a powerful and respected provincial lord, but when we was summoned to the emperor’s court at Edo, he was confounded by the inscrutable rules of courtly etiquette. The emperor commanded his minister, master of ceremonies Kira Yoshinaka, to instruct Asano in the intricacies of behavior and protocol. Lord Asano was unaware, however, that this sort of arrangement traditionally included lavish bribes bestowed upon the teacher by the student, so when those were not forthcoming Kira began insulting and berating the young daimyo, beyond what his sense of personal dignity could bear.

It was a capital offense to draw a weapon at the emperor’s court. Asano knew this, but he drew his tanto dagger anyway, and cut Kira’s face. The wound was superficial, but Asano’s fate was sealed. By sunset 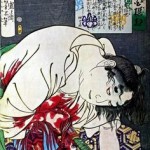 he was kneeling in the courtyard, abdomen exposed, blade in hand. He committed flawless seppuku and died with his honor intact.

But back in Akō, his 47 samurai had their own honor to worry about. They were absolutely obligated to avenge their master, but any retaliation for Asano’s death had been forbidden by express order of the emperor. In any case, they were no longer retainers; Asano’s lands and holdings had been seized, his family stripped of their titles, and his samurai made ronin; leaderless, wandering swordsmen. Ronin, almost by definition, were without honor, so there was no expectation for them to seek revenge.

The shogunate was not stupid, however. The palace in general, and Kira’s quarters in particular were reinforced against attack, and Asano’s erstwhile retainers were placed under surveillance. It became clear to them that it would be impossible to discharge their duties under these circumstances. So they swore a secret oath, and they disbursed.

For two years, and in many different places, they behaved very unlike samurai. They drank, gambled, and whored. They did not speak of Asano, or Kira, or revenge. Eventually the court forgot them, and Kira let his guard down.

They reconvened outside Edo on the 30th of January, 1703. Before dawn, and in near-blizzard conditions, they 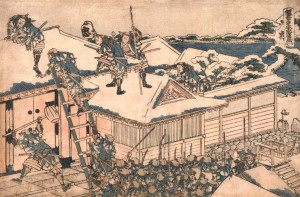 made their way to the gates of Kira Yoshinaka’s home. In two groups, they attacked the house from the front and rear. They avoided unnecessary bloodshed; they disarmed guards and tied them up; doing their best to avoid killing anyone but Kira. They also went to neighbors’ homes and identified themselves, assuring the neighbors that they were not brigands and that the operation underway was a matter of honor, a matter of revenge. The neighbors accepted this (most of them despised Kira); none interfered.

Kira was found hiding in the courtyard. He refused to identify himself. It was the scar Asano had given him two years prior that gave him away.

They offered Kira the opportunity to die as Asano did, ceremonially and by his own hand. He knelt, held the dagger, but merely trembled. The leader of the 47 Ronin, Ōishi Yoshio, took off his head.

For reasons lost to history, one of the Ronin, Terasaka Kichiemon, was pardoned by the Shogun, and would 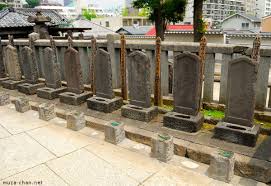 live another 44 years. The remaining 46 were doomed. They were afforded respect, though, for their unwavering commitment to bushido and to their master’s honor. Accordingly, they were given two months to get their affairs in order. On Tuesday, March 20th, 1703 they committed mass seppuku and were interred together. Terasaka joined them in 1747. The site of their graves are venerated to this day.

The story of the 47 Ronin has, quite understandably, become a central point of national pride in Japan, and 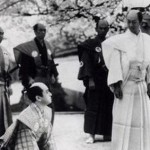 nearly as famous and revered throughout the world beyond. It has the elements of both a fable and an action movie—in fact, it has been made into a movie, at least seven times (the best is undoubtedly the classic 1941 version, directed by the legendary Kenji Mizoguchi).

The difference between this story and so many others that we choose to build into our modern mythology, is that this really happened. The 47 Ronin lived and died for the sake of honor, and they found their honor sated 313 years ago today.

Doesn't know much about culture, but knows when it's going to hell in a handbasket.
View all posts by editor, facilitator, decider →
This entry was posted in New Post and tagged 47 Ronin, Japan, on this date, samurai. Bookmark the permalink.