“My Valentine” is a play for laughs 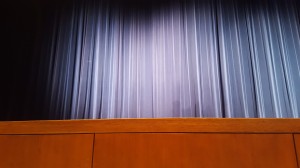 Theater is an all too rare treat for me (and for this I have no one to blame but myself, knowing as I do that both professional and amateur performances abound in my region). Last night I had the pleasure of attending the debut of “My Valentine” at Cleveland State University’s Main Classroom Auditorium (a truly lovely little space). The play was a lighthearted romp about relationship complications, set during a whirlwind year  between consecutive Valentine’s days. Its scheduled run is for two days only alas (Saturday and Sunday, February 11th and 12th). But one can certainly hope “My Valentine” will become an annual phenomenon, winding its way back to us each year just about the time Cupid is tightening up his bow strings.

The performance wasn’t without its technical glitches (it was opening night after all), but that mattered hardly a bit. You can forgive a lot when a talented, motivated cast consistently delivers the funny with impeccable timing and enviable stage presence. Add to that clever plotting, crisp dialogue, and downright ingenious set design, and you’ve staged yourself a winner. “My Valentine” is a theatrical rom-com, to be sure, but nothing about it is formulaic or even predictable. It marches blithely toward a denouement that of course provides happy resolution for every struggling couple and misguided playboy…but the road there is twisty. And hilarious. 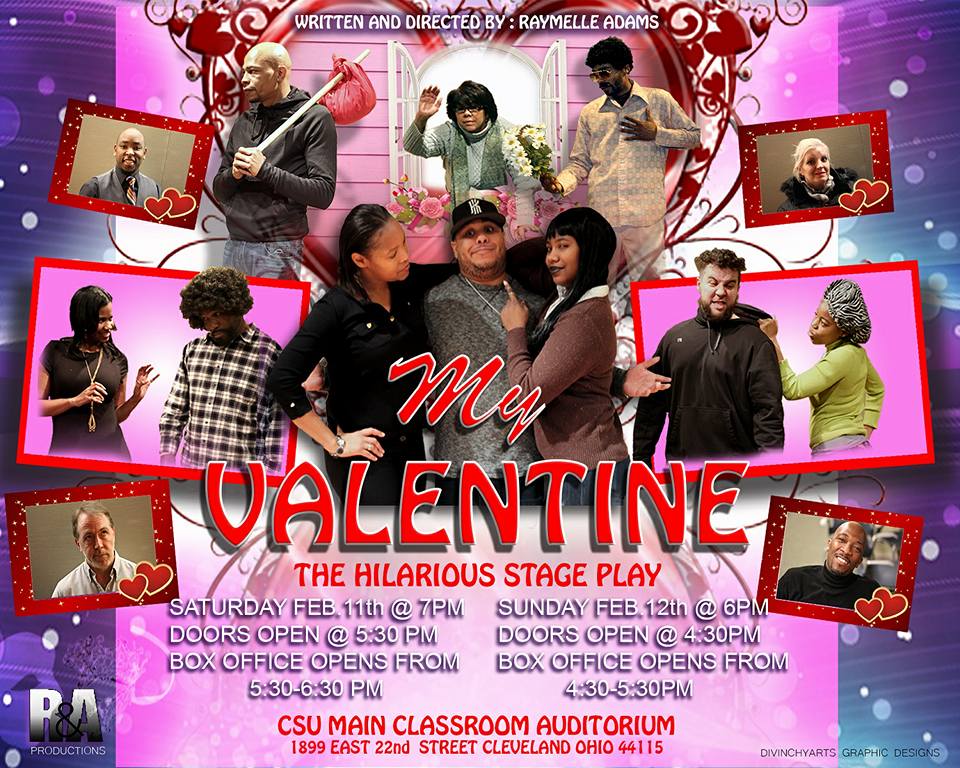 My full disclosure: a good friend of mine played the supporting role of Edward, a character with a selection of choice sight gags and laugh lines. His role may have gotten me into the seat (front row center, which was as awesome as it sounds), but it was the cast-wide comedic synergy that kept me there. Main accolades, though, have to go to Raymelle Adams–director, playwright, and creative force behind R&A Productions. Theirs is a family affair, a bootstrapped production company staging art for the love of art. If that’s not a formula for success then success must be as capricious as Cupid. Either way, keep your eye on this team; you’ll be hearing (and seeing) much more from them.

Final analysis: “My Valentine” was funny, endearing, thoroughly enjoyable. Its cast, crew, and creators are to be congratulated, thanked, and encouraged to keep that stuff coming. We need theater, and we need this style of scrappy, home-brewed theater perhaps most of all. These are players who are in it for the love of the game—and in these jaded times that is a jewel beyond price.

Doesn't know much about culture, but knows when it's going to hell in a handbasket.
View all posts by editor, facilitator, decider →
This entry was posted in New Post and tagged Mark Smith, My Valentine, R&A Productions, Raymelle Adams, theater. Bookmark the permalink.