Sessions wants names, does he? 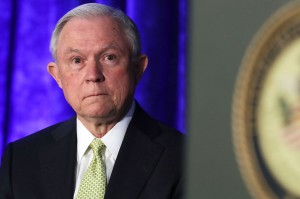 Limp A.G. and unloved sycophant Jefferson Beauregard Sessions announced this week that he was going after leakers like nobody’s business. Whether or not the man with the Most Confederate Name Ever truly believes this needs to be a focus of DOJ’s wrath, or it’s simply an attempt to elicit slightly less hurtful presidential tweets, he took the opportunity to slip in some not-so-veiled threats against the reporters who’ve been busily sopping up the spillage from this very leaky White House.

Howls about the sanctity of our free press inevitably followed, to which I say: Spare us. Not because I don’t agree with the sentiment, but because the sentiment is utterly irrelevant. First amendment schmerst schmamendment—do you really think Jeff Sessions won’t put you in jail? A previous Republican administration locked up Judith Miller for 12 weeks…to find a leaker they didn’t really want to find.

So I have a suggestion for the Fourth Estate. Spoiler: they won’t like it.

But to understand it, you have to understand a little skulduggery that’s been going on in D.C. for a few months now. It’s not something that’s been overtly reported on, and it’s not something I know about due to all my Deep Throat-ish connections (which I do have, but they have nothing at all to do with politics). No, I know about this because you have to be a goddam fool not to see it.

See, someone in the administration got the bright idea to begin leaking bullshit—as a way of baiting the media, making them look like idiots, and maybe even getting a few reporters fired. And in a few cases, it actually worked. Remember back in June when a handful of CNNers lost their jobs over a poorly sourced story about the now-hilarious Scaramucci, and his supposed Russia connections? The White House’s press shop, in their delight over the fallout, couldn’t keep a poker face to save their lives, and in the following days touted this story as proof positive that the press was the enemy. They’d laid a trap, and it worked.

But this strategy mirrors so many others that the Trump White House tries on for size: it is limited in its 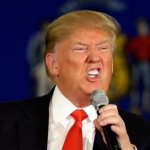 effectiveness and lacking in its shelf life. What exactly did they gain? They thinned from the herd a few of the more credulous members of the press corps, and put the rest on notice as to which whisperers could be trusted, and which could not.

So here’s my suggestion: If Sessions wants names, give him those. Give up those crafty devils who seek to turn leaking into a tactical assault. They might be carrying their president’s water, but a leak is a leak. Let Sessions explain why he won’t prosecute them.

This, I suppose, would violate the reporters’ canon of ethics. But holding to that canon, with these people, is very much like bringing a quill to a gun fight. They have declared you the enemy. They will certainly honor no ethics in their zeal to cut you down—they’ve already shown that, and they’re about to show it quite a lot more. Sessions is about to put many, many of you behind bars, and he’ll be a happy little elf indeed to leave you there as long as he possibly can.

So yeah, you can hold your ethical head up high as you enjoy your three hots and a cot for months on end. Or you can begin fighting fire with fire, against a gang that doesn’t know any other way to fight.

Doesn't know much about culture, but knows when it's going to hell in a handbasket.
View all posts by editor, facilitator, decider →
This entry was posted in New Post and tagged culture, current events, freedom of the press, media, politics, Sessions, Trump. Bookmark the permalink.