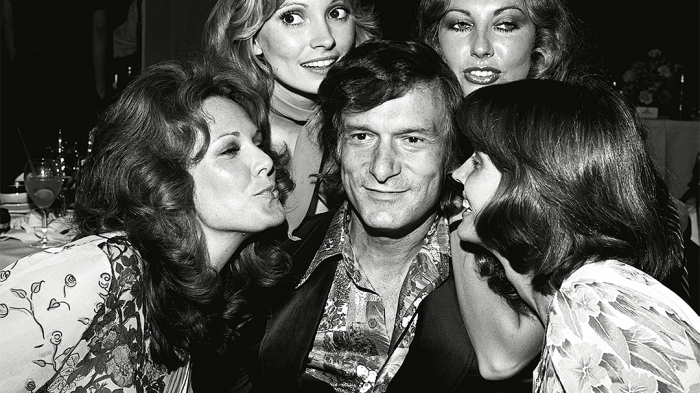 Opinions may vary and we might disagree as to the scope of his contributions, but it’s hard to argue that Hugh Hefner, founder of the Playboy empire (he launched the magazine in 1953 with a borrowed $1000 investment) wasn’t a prime mover of post-war American culture. And we can argue as well whether Hef and his magazine and his mansion full of bunnies were a positive or negative cultural influence…but there’s one vital fact that should play into any such calculation:

It was never just about sex.

What Hef created was a rare mixture of hedonism and erudition, of measured thought and base instinct. He sought to both elevate the every-man and every-woman to a higher state of refinement, while acknowledging—even honoring—the fact that they are and always will be creatures of the flesh. It’s a formula that never should have worked, yet it did. It works quite well.

Whether or not Hef was, or should have been, a role model is another point of contention. But if he was, let me posit that in death he offered up one last exemplar of a Playboy’s existence: he left us at a ripe old age, quietly, within the Beverly Hills mansion that’s been his own architectural synonym for decades.

So love him or hate him, let’s respectfully bid him goodbye. Goodnight, sweet Hef. May warrens of bunnies sing thee to thy rest.

Doesn't know much about culture, but knows when it's going to hell in a handbasket.
View all posts by editor, facilitator, decider →
This entry was posted in New Post and tagged Hugh Hefner, Playboy, RIP. Bookmark the permalink.