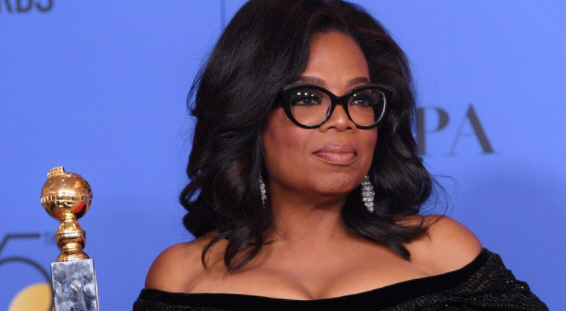 All due respect to Oprah, but haven’t we learned a little bit about the fitness of media personalities for high(est) office?

Assuming the underneath of your rock receives decent broadcast signals, you probably know that Oprah Winfrey accepted the Cecil B. DeMille lifetime achievement award during the Sunday, January 7th Golden Globe awards. Her acceptance speech was met with paroxysms of coastal joy, leading to swift and sure talk of presidential aspirations. Oprah says she’s interested. #Oprah2020 is trending. An early coronation like this can be enough to shut down the party primary process altogether.

Don’t get me wrong. Oprah Winfrey is intelligent and capable, and at the tops of her industry for good and plentiful reasons. For our first woman president, we could do far worse. For our second TV star turned president, well, we have done far worse. So no, I don’t think Oprah would be anything like a trainwreck.

But what she wouldn’t be is as well versed in policy, law, foreign relations, military matters, and the thousand other minutiae that our next president needs to be steeped in from day one.

We cannot afford another president with a learning curve.

Unfortunately what we seem to be seeing here is the moneyed elite of the American left—possibly with nothing but the best intentions—falling into another self-inflicted, election-losing trap. They’re cheer-leading themselves, and each other, and assuming that the rest of the country is inclined to join their pep rally. Most damning, they’re committing the cardinal electoral sin of not being serious.

Times have never been more serious. The interim between now and November 2020 won’t get any less so. We’ll need serious solutions from serious candidates. If we’re stuck with this insult of a two-party system, and I suppose that for now we are, then we need an opposition party that mobilizes ideas, ideals, knowledge, and fortitude. We need an opposition party that can and will fix what’s wrong with our nation and our society.

If they’re instead glomming onto the first famous face willing to run? What exactly is that in opposition to?

Doesn't know much about culture, but knows when it's going to hell in a handbasket.
View all posts by editor, facilitator, decider →
This entry was posted in New Post and tagged #Oprah2020, politics, Two-party system. Bookmark the permalink.