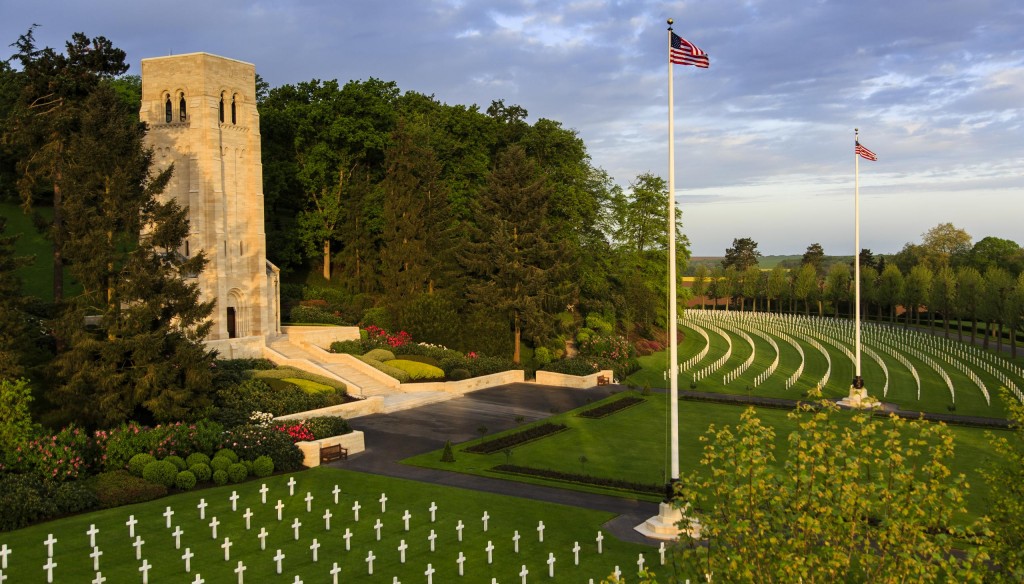 On Memorial Day we honor those service members who made the ultimate sacrifice for their nation. It’s fitting and fortuitous then that Memorial Day 2018 falls so closely to the centenary of the pivotal First World War Battle of Belleau Wood. Between June 1st and June 26th 1918, American Army and Marine forces fought alongside the French and British to stop an all-out German offensive. U.S. casualties included 1,811 killed, and more than 7,000 wounded.

Earlier that year the war’s Eastern Front had dissipated; Russia had undergone its revolution, and the victorious Bolsheviks sued for peace. Fifty German divisions were freed up for transfer to the west. By March they were arrayed against the Allied defensive lines within 100 miles of Paris. The German Spring Offensive was intended to break through and isolate the capital before the newly arrived American forces could be completely deployed. It was a solid plan, and it very well could have won the war.

Throughout May elements of five Imperial German divisions attacked all along the line around the River Marne. On the first of June they broke through around Chateau-Thierry and entered the Belleau Wood sector. They surrounded on three sides American forces, including the 2nd Division and a brigade from the 6th Marine Regiment, which were guarding the Paris-Metz Highway. These were reinforced by reserves, including the 23rd Infantry Regiment, the 1st Battalion, 5th Marines, and the Marine 6th Machine Gun Battalion, all of whom endured an overnight forced march to take their place on the line. They were all that stood between Paris, and the German Army.

The battle raged for 26 days, at times devolving to bayonet charges and hand-to-hand slaughter. The French and British lines recovered, stabilized, and they were able to reinforce the beleaguered Americans. The Germans were pushed back from Belleau Wood, and the salient left from their breakthrough was enveloped and eliminated. The Germans retreated from France, and in October began suing for peace. On November 11th 1918, World War I ended.

The bravery of American forces at Belleau Wood had repercussions beyond what they could have anticipated, beyond even the beginning of the end for the German-Austrian Central Powers. It marked the rise of the United States to world-power status. It prompted the realpolitik remapping of Europe. And it heralded the mythic prominence of the U.S. Marine Corps, reportedly referred to as Teufelshunde (“devil dogs”) by awed opposing German soldiers.

On Memorial Day 1937 the Aisne-Marne military cemetery, located near Belleau Wood, was dedicated. It includes 2,288 Allied graves, 251 of which inter unidentified remains. To this day, and hopefully for all time, American, French, and British citizens honor these graves and give thanks for the sacrifices they represent.

Doesn't know much about culture, but knows when it's going to hell in a handbasket.
View all posts by editor, facilitator, decider →
This entry was posted in New Post and tagged Belleau Wood, Memorial Day, World War I. Bookmark the permalink.