As I write this 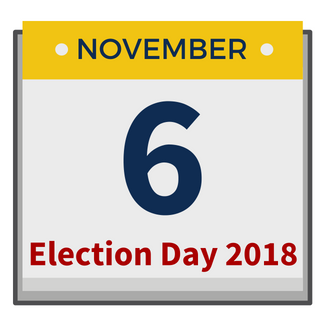 we’re just a little over a week away from what’s shaping up to be the most momentous mid-term election in generations. And in writing this I’m knowingly contributing to what I think of as the election home-stretch paradox—that’s when the hype hits fever-pitch, the ad spending goes stratospheric, and all hands are working overtime to woo voters and change minds. It’s a paradox because by now, most minds are made up, and thanks to early and absentee voting, a sizable percentage of the lots have already been cast.

But still. Even if it sways no one and is lost in the whirlwind, I’m opting to add my voice to that cacophony.

I’ll start with the disclaimer I’ve made often in these pages: I’m a registered Independent. I’m not only unaffiliated with any political parties, I’m resolutely opposed to the very idea of political parties. I’m convinced the two-party system is the worst thing to ever happen to American democracy, and it might yet be the death of it.

But idealism is no lifeboat, and I won’t cling to mine in these waters. I could go on and on about the haplessness and venality of the Democratic party, and I have no doubt that sooner or later I’ll do just that. In the immediacy of this earth-shaking election, though, I’m urging the nation at large to vote blue.

There are two reasons for this, both of which go way beyond any ‘lesser of two evils’ calculation: Trump needs to be contained, and the GOP needs to be taken to the woodshed.

I’ll take the former point first. After landslide losses in the 2012 election the Republican National Committee underwent a self-prescribed ‘autopsy.’ They chalked up their shellacking to ideological rigidity, lack of inclusiveness, and not a small dose of racism. They vowed to do better…then reverted back to their bad old ways almost immediately. After gaining control of all branches in government in 2017, they’ve become positively power-mad. The majorities in the House and Senate are run like fiefdoms, with no regard for the norms of rule they howl about when they’re in the minority. Mitch McConnell in the Senate has abolished the filibuster for judicial appointments—a move he described in apocalyptic terms (“The Nuclear Option”) when the Democrats contemplated it back when they held the majority. Along with the House majority, he rammed through last year’s tax-cut bill, discounting all predictions that it would explode the budget deficit. Now that this inevitability has arisen (the deficit has skyrocketed), the “party of fiscal responsibility” is choosing to blame ‘entitlements,’ and once again have Social Security, Medicare, and Medicaid in their crosshairs. This, while they’re contemplating even further tax cuts.

Bear in mind that in the midst of all of this, the GOP has utterly abdicated its Constitutional oversight duties. While a record number of administration officials have gone under indictment, the congressional majority refuses to investigate at best, and provides cover at worst. While credible claims have been made about Trump’s tax evasion and violation of the Emoluments Clause, the House and Senate have done nothing. Amidst overwhelming evidence that Russia intervened in the 2016 election in Trump’s favor, GOP water-carriers like Devin Nunes have actively obstructed the investigation in order to shield the administration from its fallout.

Try to imagine how fiery and overwrought the GOP’s rhetoric would get if the Democrats were guilty of a tenth of that.

So yes, just like in 2012, the Republican party has been tested and have been found very much wanting. It’d be time to take away the keys on those merits alone.

Far more important, though, is the dangerous direction of that orange-tinted demagogue leading the party. Thoughtful Republicans should remind themselves, several times per day if necessary, that Donald Trump self-identified as a Democrat up until just a few years ago. Why did he switch? I’ll submit that he went for the base he thought he could most easily manipulate, that he saw as his most direct path to power.

He was right about that, wasn’t he?

Donald Trump in power has proven to be a clear and present threat to American democratic norms and indeed to our national character. He is everything in our dark collective id that most of us are embarrassed and repulsed by. He is racism and nationalism personified. And he’s getting worse.

That the divisions he’s fostered are now turning violent should be a surprise to precisely no one. That he spent less than a day denouncing that, before reverting to his “the-press-is-the-enemy-of-the-people” factory reset was utterly predictable. His lies are getting bolder and amazingly more frequent. His behavior is getting more unhinged.

This is the Trump we’re seeing at the halfway point of his first and hopefully only term. Losing control of Congress might rein him in a bit—maybe just enough for us to retain a republic we can rebuild once he’s gone.

But what if he doesn’t lose? What if we don’t turn out this election, or we don’t deliver the ballot-box rebuke the president and his party have so thoroughly earned? Trump will see that as vindication, indeed as license. The next two years, and his reelection campaign, will be a fever-dream of puffed-up, muscle-flexing Trumpism. This country will morph into something no true American should want and no thinking American would accept.

We have exactly one chance to get this right, and to stop this nightmare in its tracks. That chance expires when the polls close on November 6th. No matter how you might normally feel about the Democrats, about liberalism, or even about minimal political engagement, this is existential. Show up, hold your nose, and vote Dem. It’s that important. It’s everything.

Doesn't know much about culture, but knows when it's going to hell in a handbasket.
View all posts by editor, facilitator, decider →
This entry was posted in New Post and tagged Election 2018. Bookmark the permalink.