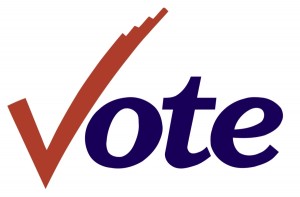 It’s never too early for electoral predictions, and the 2020 presidential election is just 19 months away. Let’s go on the record with a Deconstruction of political prognostications….

While most are keeping a sharp eye on the bloated slate of Dem candidates, we’ll begin seeing soon enough that the real bellwether is going to be the Republican primaries. Renominating an incumbent president is usually a pretty yawn-y affair, but it won’t be this time. Trump will win his primary, to be sure, but it won’t be the cakewalk that he, and everyone else, is expecting. As of this writing, only former Massachusetts governor Bill Weld has officially entered the intramural scrum against Trump, but that doesn’t matter. As long as there’s a candidate with a pulse and reasonably conservative bona fides running against Trump, we’ll see some remarkable cracks in his supposed bullet-proof party loyalty.

Here’s why: It’s entirely possible, indeed it’s unexceptional, to be a social and fiscal conservative without being a nativist, a nationalist, or a crypto-fascist. There are a large number of Republicans, then—maybe a majority of them—that understand exactly what Donald Trump represents, and they don’t like it anymore than the rest of us.

Why don’t the polls reflect that? Because no one likes hearing “I told you so,” and no one bleats that phrase more than an aggrieved liberal. Also—those polls? They’re usually sponsored by hoary institutions with names like CNN, AP, Washington Post, and CBS/ABC/NBC. One thing Trump does have in common with these folks is a hatred of the news media, so the last person that a conservative suffering from buyer’s remorse is going to confide in is a media pollster. The second-to-last is any of their liberal friends or relatives.

But in the solitude of the voting booth, they’ll be free to express themselves. Trump will win his primary, but it’ll be a squeaker. That’s when he’ll realize he has a problem.

Over on the Dem side, the outcome of the primaries will entirely depend on whether the party back-office puts its thumb on the scale, like it did in 2016, or if they actually let their voters decide.

If it’s the latter, then electability will be the word of the day. The Democratic rank and file will be in no mood to make history or smash glass ceilings—it’s going to be all about Who Can Beat Trump. For that, they’ll want a reasonably qualified white guy from a flyover state: Beto O’Rourke, Tim Ryan, and John Hickenlooper will be their go-tos. If they’re feeling adventurous, they’ll add Cory Booker and Mayor Pete to the list of front runners. Nostalgia and name recognition will gain some delegates for Joe Biden, Bernie Sanders, and Elizabeth Warren, but not enough of them.

Whoever that candidate is, come November, the race will be theirs to lose. It might be cliche to say that it’ll be the economy, stupid, but that doesn’t make it any less true. All indications are that the economy will continue to soften between now and then, maybe even slide into a recession, and if that’s true, then Trump will take the blame.

Those conservative voters will, at that point, hold their nose (and think of the judiciary, and RBG’s SCOTUS seat), and pull the lever for Trump. But that will not be enough. The independents, and the blue-collar voters from Ohio, Pennsylvania, Michigan, and Wisconsin, will not be fooled again. As we speak, they already well know that the GOP sold them a bill of goods with their 2017 tax cuts (remember when Trump said his rich friends were going to be angry with him? Good times)…and the Dems will not be parsimonious in reminding them of this.

So Trump will hold onto a core of GOP voters, minus the really disgusted ones who’ll be sitting this one out. With that, he’ll be lucky to pull down 35 per cent of the popular vote.

And that as-yet to be named flyover white guy? If he shows up, speaks with intelligence, and has a minimum number of skeletons in the closet, he’ll finish with 350 electoral-college votes, and the Trump era will be at a close.

You heard it here first.

Doesn't know much about culture, but knows when it's going to hell in a handbasket.
View all posts by editor, facilitator, decider →
This entry was posted in New Post and tagged Election 2020, politics. Bookmark the permalink.