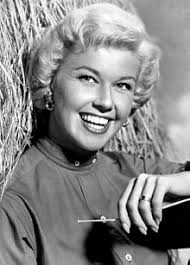 A genuine legend passed away today. Doris Day died at home in California, aged 97 years, having recently suffered a serious case of pneumonia.

Singer, actor, activist—she was not only one of our last veterans of Hollywood’s golden years, she was also one of its undisputed superstars.

She led off with a singing career in the Big Band era, and jumped to the silver screen after WWII. She quickly rose to leading-lady status, and from there was one of the industry’s primary bankable stars throughout the 1950s and 1960s. Primarily known for musicals and romantic comedies, she was just as successful in dramas and Hitchcock thrillers.

Her ensuing semi-retirement brought a commitment to animal-rights activism, and later, a focus on the new AIDS epidemic in the mid to late ’80s. Her short-lived (26 episodes) CBN TV series, Doris Day’s Best Friends, gained international attention through a 1985 interview with a thin, visibly ill Rock Hudson, who repeatedly denied that he was suffering from any health issues. He died later that year.

Doris Day spent her mature years active, healthy; largely out of the public eye, but was recording and releasing music as recently as 2011. She aged gracefully, and celebrated her 97th birthday last month with a film retrospective and rare interview. Her family reported that she was in optimum health prior to contracting pneumonia in early May.

We say goodbye to Doris Day: a star, a legend, and a credit to her industry. There’ll never be another like her. May she rest in peace.

Doesn't know much about culture, but knows when it's going to hell in a handbasket.
View all posts by editor, facilitator, decider →
This entry was posted in New Post and tagged Doris Day, RIP. Bookmark the permalink.