Required reading: biography of a plague 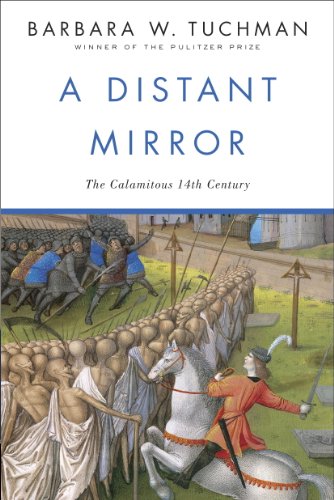 “Pandemic” is a relatively new concept. The term was coined within living memory to confer grave exponentiality beyond its relatively tame precursors, such as “epidemic” and “outbreak.”

The concept is new because the phenomenon is rare. Isolated or concentrated contagions have of course appeared throughout history—the Plague of Athens (about 430 BCE, probably typhus) ravaged that city and spread to some neighboring Mediterranean regions, but not much beyond that. There were also virulent but localized outbreaks in the 6th century CE, and later in the 12th and 13th centuries. These were noted by a few contemporary chroniclers but seemed to have little impact beyond their immediate environs.

That changed in the 14th century, with humanity’s first great pandemic; lacking that modern descriptor it was known at the time as the Great Mortality, or simply, the Pestilence. It was only in the aftermath that it was granted its most familiar title, the Black Death.

“O happy posterity who will not experience such abysmal woe, and will look on our testimony as a fable” - Petrarch

My source for this grim retrospective is Barbara Tuchman’s 1978 book, A Distant Mirror. Tuchman was a Pulitzer Prize-winning historian and author, known for giant, sweeping, yet consumable historical works. A Distant Mirror, although I call it here a biography of a plague, was really a biography of an era: what she called “the calamitous” 14th century. Calamitous because in addition to the Black Death (which started around 1347), the century also saw the start (and bulk) of the misnamed Hundred Years War (1337 – 1453), and the Papal Schism of 1378, which was to result in three concurrent, competing popes, all excommunicating each other, all raising armies against each other. It was a dark time.

Tuchman deals in facts. It’s popular to say that the Black Death, bubonic plague, was to eradicate anywhere between a third and a half of Europe’s population. Tuchman demonstrates that’s speculation, mixed with the terrified hyperbole of the moment. The truth is that no one knows what the total population was before the plague, or after. Extrapolation flows from local and regional reports—the cities of Paris, Florence, Venice, and Genoa were the largest in Europe, each with a population of about 100,000. Each suffered mortality rates of between one third and two thirds. London, Rome, Naples, Palermo, and Cologne had about half that population, and each seemed to suffer somewhat higher death rates. Vagaries abounded: some villages were totally untouched, others completely depopulated. Women seemed to suffer worse than men, children more so than adults, and certain professions more so than others. The clergy, as a whole, had a lower death rate, yet three successive Archbishops of Canterbury died of the plague within a year, between August 1348 and July of 1349. Cloistered monks and nuns, unsurprisingly, were hard hit; numerous reports tell of monasteries completely wiped out. The above-quoted Petrarch, renowned Italian poet, had a brother who was a Carthusian monk, who was to bury first his abbot, then every one of his 34 fellow monks one by one, until only he and his dog were left alive. In Kilkenny Ireland, a monk named John Clyn kept a written record of the deadly dissolution of his monastery. His final entry: “I leave parchment to continue this work, if perchance any man survive and escape this pestilence and carry on the work which I have begun.” Thereafter another hand records that Brother John, too, had succumbed.

Such personal records form the heart of Tuchman’s survey, and they can be all too real, and all too heart wrenching. From Siena, Italy we read, “I, Angolo di Tura, called the Fat, buried my five children with my own hands, and so did many others likewise.” Elsewhere in Siena (which to this day is home to an unfinished cathedral, planned to be the world’s largest, abandoned when the majority of workers died of plague), a chronicler recorded the mass burials: “And no bells tolled, and nobody wept no matter what his loss because almost everyone expected death…And people said and believed, ‘This is the end of the world.’”

Heady stuff. All the more heady to read, and contemplate, during our current days of pandemic and quarantine. But are there lessons here?

First, of course, there are stark differences. The diseases are very different. Our present pestilence is a virus; bubonic plague is caused by bacteria, spread first by infected rats and fleas, later by personal contact when the disease mutates into its pneumonic form. Our understanding of that, of microbial theory and of effective hygienic practices, are supremely operative as well. We understand disease vectors and prevention in ways that could not have been conceived of in the 14th century, and that’s a life saver. Global communication, also, is a vastly different variable. We all have a window into the present circumstances, whereas the average victim of the Black Death probably died completely unaware that others were suffering likewise, from India to Iceland.

But more broadly, Tuchman identifies social and societal trends from the plague which are, if not instructive, then at least food for thought. She describes the tortured waiting of the not-yet infected, expecting death, giving in to madness and barbarity. She describes both the collapsing economies, and the rebuilding of those in the aftermath—landowners and monarchs ordering surviving peasants back to the fields, and those peasants slowly realizing the value and scarcity of their labor. Tuchman proposes that the plague kickstarted the labor movement we’re still engaged in today.

Barbara Tuchman published A Distant Mirror in 1978, and it’s doubtful she meant it as a warning around some future pandemic. But that doesn’t mean we can’t take it as such.

Pandemics, again, are rare. Generations might pass without the appearance of one. The same can be said for tsunamis—yet cultures exist that pass down dire warnings about the deadly inundations, voiced by elders who’d never seen any with their own eyes. On 26 December 2004 people who remembered those warnings ran for their lives and survived. Those who forgot, or even hesitated, drowned.

I don’t think Tuchman foresaw this, but that’s where we are today. The tide has just rolled out beyond the horizon, and the world is struggling to understand why. Some stand on the shore and stare in wonder, others say we should ignore it and get back to work. But faint, long-dead voices are whispering that this has happened before. They’re whispering lessons. Are we listening?

Doesn't know much about culture, but knows when it's going to hell in a handbasket.
View all posts by editor, facilitator, decider →
This entry was posted in New Post and tagged A Distant Mirror, Barbara Tuchman, bubonic plague, CV19, Petrarch. Bookmark the permalink.