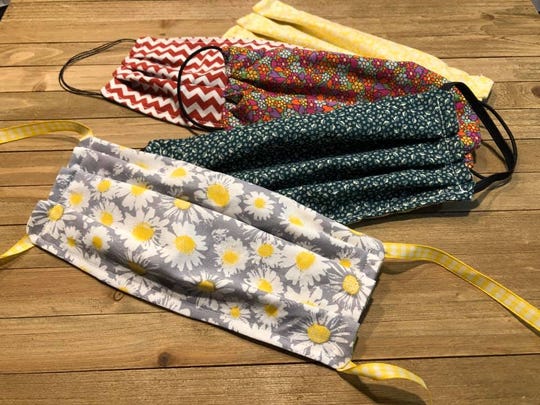 This space, you might have noticed, has gone mostly dark these last few tortuous months. Words, by and large, just haven’t been flowing. I won’t belabor the point because, say it with me now, This (and by this I mean, all of this) Is Not About Me. I’m healthy, solvent, and secure, and the same is true for the people I care about. Life is weird, far from ideal, but my inconveniences are marginal and my lucky breaks have been many. So I’m not here to complain.

I’m here because this Cultural Deconstruction thing of ours hasn’t missed a Memorial Day in nearly a decade—since 2011 we’ve carved out our annual pauses to talk about our picnics and our barbecues, and about our past wars and honored fallen.

Memorial Day 2020 is a special case, a unique challenge. We’re fighting a different kind of conflict today, losses are mounting, morale is low, and dissension spreads among the ranks. Memorial Day 2020 finds us at a nadir.

And the synchronicity of this holiday weekend might be morbidly appropriate, nearing or surpassing 100,000 dead, if only we could rely on those numbers. But all our efforts, state by state, are jumbled and chaotic. Failures abound, so it’s probably fair to say we can’t even accurately count the dead anymore. Maybe we’ll hit 100,000 dead this week, maybe we hit days or weeks ago. Maybe we’ll never know for sure.

The jumble and chaos runs deep. It’s worked its way down into our fault lines: distrust, dissent, barely suppressed violence. It seems like it was so close to the surface, so ready to erupt, that the present circumstances weren’t so much of a catalyst as they were a handy excuse.

Because let’s be clear: the things we’ve been asked to do haven’t exactly been onerous. Stay home, keep your distance, wear a mask. None of that’s enjoyable, and it becomes less so as time grinds on, but as sacrifices go, it’s pretty mild. It should also be pretty doable.

Yet here we are. A small but growing number of us have deemed that sacrifice too great. They tell themselves, and each other, whatever lies and delusions they need to justify their sociopathic fragility.

As to the dueling narratives, all I’ll say is that extraordinary claims require extraordinary evidence. Epidemiologists, infectious disease and public health experts—they’ve made the extraordinary claim that the world is being ravaged by a novel, or new, type of respiratory virus for which we have no immunity defense. They’ve also claimed that wearing masks and socially distancing are the most effective means we have to mitigate the risks. They’ve presented peer-reviewed evidence in support of all of this.

From the other side, we’re told that it’s just the flu, or maybe it’s a Democrat hoax and there’s really no virus at all. We’re told that social distancing is a way to crash the economy and steal the election. That masks are just the mark of the sheep.

To that I say, nice story, where’s your evidence? And you find quickly that they don’t have any evidence, just suspicions.

Nothing wrong with having suspicions, of course. Maybe it’s even healthy. But the actions you take as a result are what matter. How many lives are you willing to risk for your gut feelings? What if you’re wrong? Only breathtaking levels of selfishness and negligence could allow for the breeches we’re seeing today. And we’re seeing them everywhere.

Meanwhile, the story unfolds. Spring turns to summer, the lockdown eases, and still the virus spreads. One hundred thousand, or some similar number, have died. More die daily.

It is to them we dedicate this grim Memorial Day. And we think ahead to next year, and wonder how much more grim it might get.

Doesn't know much about culture, but knows when it's going to hell in a handbasket.
View all posts by editor, facilitator, decider →
This entry was posted in New Post and tagged CV19, Memorial Day. Bookmark the permalink.