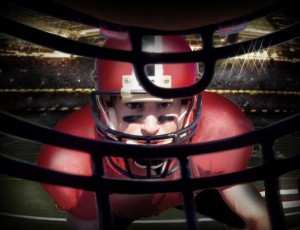 On any given Sunday, they say, any team can beat any other.

But on this Sunday the best take on the best and a champion is crowned. That’s the hype anyway, and it’s the reason that American football is a religion, and Superbowl Sunday is our high holy day.

The fervor varies, of course. I know plenty of people who couldn’t care less. I know plenty more who will buy a high-def TV on Saturday (with the intention of returning it on Monday), who will paint their naked torsos green and gold (or, heaven forbid, black and yellow), who will drink themselves silly and shout themselves hoarse. Ask them why and they’ll give you the only answer that matters: “It’s the Superbowl, baby.”

And then you’ve got people like me, the middle-of-the-roaders. We like football, but we’re nobody’s idea of fanatics. We catch a few games throughout the regular season. We’re aware of the ebb and flow, the winning and losing, even if we’re not exactly steeped in it.

But come time for the Big Game, we are on. Chips and dips and brew are deployed, and eyes are glued to the screen.

I wouldn’t have it any other way, because I love this game. Doesn’t matter who’s playing. I’ll drink and chow and scream with the best of them, and if I’m not wearing the Green and Gold on my belly, trust me, I’m wearing it on my heart.

But why; that’s what I’m trying to figure out. Why does this game get its hooks in me, if only for this one glorious Sunday?

Could it be this as simple as: Hype works? I hope not. I hope I’m not that easily manipulated. But as a marketing guy I recognize the possibility. When I hear someone say they just watch the game for the commercials, I can see it certainly worked on them. And I feel smugly superior, because at least I’m not that far gone.

Because although the commercials can be amusing, and I have some level of professional interest in them, I’m there for the football, jack. I want four quarters of crunch, and if you have to cut every commercial to give it to me, then get busy cutting.

So again, why? What is happening to me? My theory is this: it’s bread and circuses. It’s the mob-fury for the games, toned down from archaic blood-lust…but only a little. The Romans used the games for crowd-control, to divert a propensity to riot into seat-bound voyeurism.

But of course that crowd was barely controlled, and the fanaticism often turned to real riot. By the same token, late Sunday evening, there’s likely to be a bit of civil unrest in Green Bay, Wisconsin or Pittsburgh PA. Windows are likely to be smashed, tear gas is likely to be used. Almost always turns out that way.

So is that, at long last, the answer? Does the Big Game rawk because it makes us almost, maybe just a little, lose control? And does that mean we like to lose control?

I can only speak for myself. And I can only accept the fact that on Sunday evening, there will be numerous incidents of me jumping to my feet, with no ability to stop myself, spilling beer and screaming at full volume, “Somebody better tackle that sumbitch!” The women of the household will look on, maybe a bit fearful, maybe with a bit of pity. And I only assure them that as long as nothing gets broke, as long as full riot doesn’t flare, as long as I maintain some whisp of control – it ain’t so bad. It’s the Superbowl, baby.

Doesn't know much about culture, but knows when it's going to hell in a handbasket.
View all posts by editor, facilitator, decider →
This entry was posted in Uncategorized and tagged superbowl. Bookmark the permalink.

2 Responses to The Big Game