The end of all mankind! (for lulz) 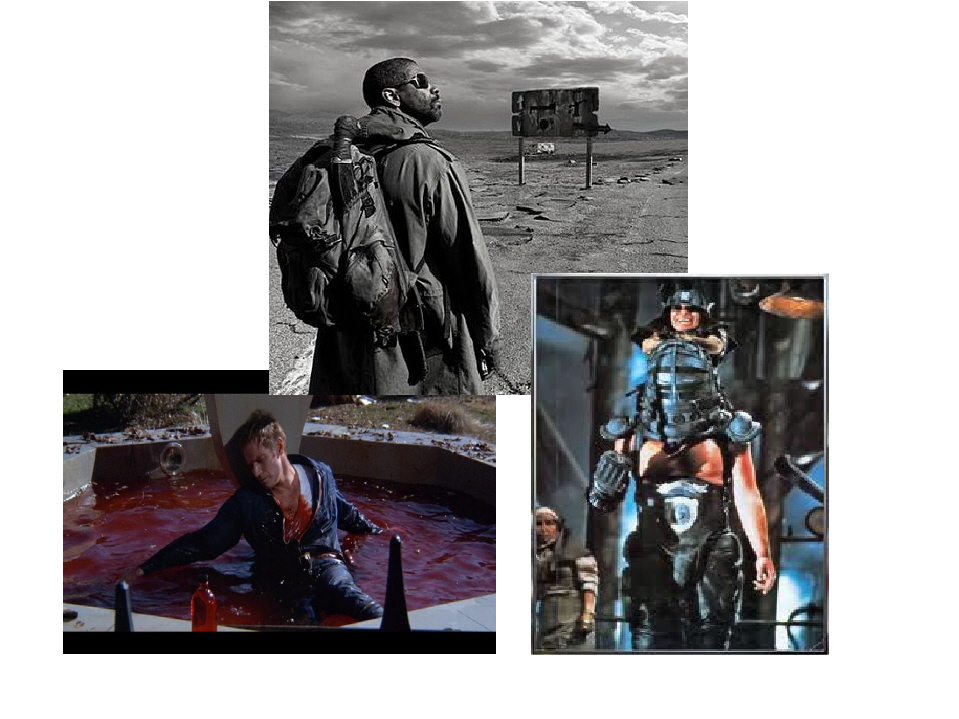 You would think, wouldn’t you, that one of the primary tenets of the entertainment industry would be: don’t bum out your audience.

But how then are we to explain the post-apocalypse drama? Each year, amongst the slew of sparkly vampire movies, the too-cute date movies, and the Serious Art movies (limited release, one week only in LA and NYC), we’re treated to one or two thoughtful depictions of how all our hopes and dreams are destined to dry up and blow away. 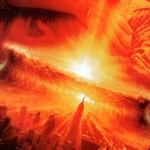 And oh yes, I watch them. I watch the incoming asteroids and the bubbling toxins escape from the lab. I watch the nuclear landscape and the Last Honorable Man questing his way through hordes of cannibalistic mutants (knowing, of course, that he’s destined to fail and that the hordes will certainly feast on his bones…because hope is dead).

I watch them all, just like I watch all sorts of movies. But whereas the blockbuster comedy leaves me chuckling, and whereas the Serious Art thing leaves me awed and impressed (assuming of course that I was in NYC or LA for that one lucky week) – the post-apocalypse movie leaves me drained and depressed.

And I pay good money to feel that way! 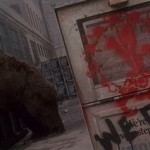 Not surprisingly, the bad feelings are more acute depending upon how plausible I deem the doom scenario. Twelve Monkeys? Totally depressing, because I can totally see that happening! Deep Impact and Armageddon? Thoroughly depressing because that particular doom is pretty much a mathematical certainty.

Interestingly, the reverse is also true. I can relax and enjoy Planet of the Apes 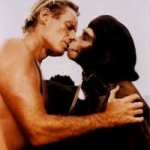 (both versions), because a future of enslavement to the simians isn’t one I really fret over.

All of which, in a meandering way, leads me to my point. I’m exploring my own post-apocalyptic landscape these days, in the ongoing story that started with my 2009 novel, Mind.Net.

I won’t reveal too many details, other than to say that my rather mundane doom scenario starts with, yawn, the power going out.

No big whoop, right? Humankind has done pretty well without electricity for nearly all our history, up until a hundred years ago or so. Sure, we rely on it – but if it went away, we’d adapt. Life would go on.

Doubtlessly. But when you look at that transition period (as I’m doing now), prior to adaptation…well, that’s where the depression sets in.

To begin with, kiss goodbye everyone who relies upon electricity for their very survival. Goodbye, ventilator patients! In fact, goodbye to just about everyone with any serious medical issues; after all, we can only keep plundering those darkened pharmacies for so many months.

Next, say ‘bye to everyone who lacks the knowledge, will or gumption to fend for themselves. Canned and dry-goods are going to be hot commodities; sooner or later you’ll need to figure out more natural ways to feed yourself and your family. Will that be as easy as making your way out to the open spaces and laying down some crops? Maybe, but you won’t be the only one with that idea. You just might have to fight for the chance to do so.

And it goes beyond stark survival, which is somehow most depressing of all. The little things, the conveniences, the delights of modern life: all gone. No more take-out sushi. No more Xbox. No more internet. Within a few generations memories of the internet would be a bedtime story, a puzzle from antiquity that most people would simply assume was fantasy.

That’s what I’m getting myself caught up in. And because I view the whole spiel as somewhat plausible, it’s really kicking me in the gut. And it makes me wonder if it’ll kick my audience in the gut.

So I hearken back, and try to recall why I started writing this thing to begin with.

Doesn't know much about culture, but knows when it's going to hell in a handbasket.
View all posts by editor, facilitator, decider →
This entry was posted in New Post and tagged books, mind.net, movies, post-apocalypse. Bookmark the permalink.

One Response to The end of all mankind! (for lulz)