Football is dead to me 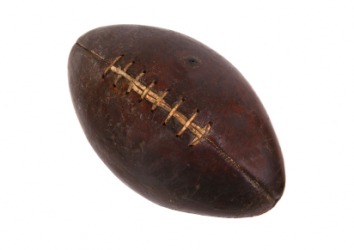 To be sure, we’ve never been the biggest gridiron fanatics up in here. Some of us really couldn’t care less about the game. But for others, The Game has long been a much-anticipated annual event—full of excitement, rampant self-indulgence, and occasional play-by-play live-blogging. But no more.

Don’t call it a boycott, call it a conscious uncoupling. It’s a decision built of weariness, and a slow-dawning awareness that football—the institution, if not the game itself—has purposefully mutated into something I don’t want to be involved with.

Look. I’m aiming to convince no one here. This evening a hundred million of my closest compatriots are going to tune into their favorite yearly spectacle, and I wish them well for that. I don’t have anything to say on the subject that could or should make them enjoy it any less. I’m not hoisting a banner for anyone to flock to. This is a purely personal preference.

Most of my reasons are pretty familiar to us all. Last year the National Football League proved, again and again, that the profit motive far outweighed all other competing obligations. Standards of personal conduct, of even simple human dignity, counted for nothing against the need to operate this business as a going concern.

And it is a business, a $10 billion per year one. Team ownership is a billionaire’s club, the commissioner’s salary is $44 million, the average player salary is $5.15 million…and yet the NFL itself is classified (outrageously!) as a non-profit organization, and the cheerleaders are thus far losing their fight just to earn minimum wage. Something is very, very wrong with all of that picture.

I can enjoy a sport only so far as sportsmanship remains its guiding principle. Professional football walked away from that a long time ago.

And, more’s the pity, college ball isn’t far behind. Sport and academics have long gone hand in hand, and have been synergistic; but the synergy began destroying as soon as the former began trumping the latter. On almost every campus that hosts a football program, that program has become not just a profit center, but a veritable rasion d’etre for the university itself. My own erstwhile, not-very-cherished school recently built a $61.6 million stadium for their lackluster football team, which I couldn’t help ruminating on while sitting in a crumbling classroom, struggling to hear the professor over the sound of clanging overhead pipes.

The point is that football, the business, has at all levels supplanted the game I once happily played and almost always enjoyed watching. And while the game itself changes very little, the distasteful circumstances in which it thrives have simply become too much for me. So I’m done. 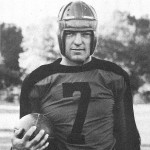 In the end this reluctant divorce is as much about nostalgia as it is disgust. Yes, I feel an ethical cringe over the degradation of values in the football establishment. But equally, I’m haunted by a profound sense of loss for the sort of game that was long gone, probably, well before I was born.

So…if anyone out there is interested in starting a league that exists solely For the Love of the Game, please do. You won’t earn much money, but you’ll surely earn some fans—starting with me.

Doesn't know much about culture, but knows when it's going to hell in a handbasket.
View all posts by editor, facilitator, decider →
This entry was posted in New Post and tagged #donewithit, football, superbowl. Bookmark the permalink.