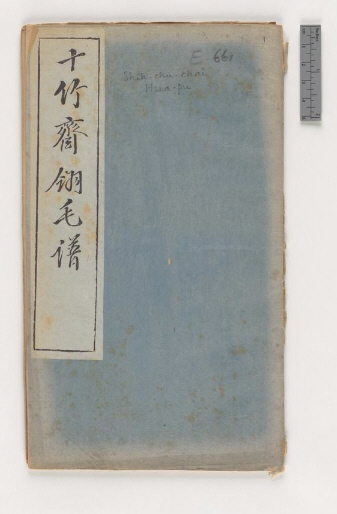 Kudos and thanks going out to the Cambridge University Library for inviting us all to enjoy a 17th-century Chinese manual for artists and calligraphers, which had previously been deemed too fragile to open. The book has now been fully digitized, with all 388 pages viewable online.

It’s called the Manual of Calligraphy and Painting (or Shi zhu shai shu hua pu), originally published in 1633 by Nanjing’s Ten Bamboo Studio. The book’s breathtaking illustrations, while created by at least 50 separate artists, can largely be credited to Ten Bamboo’s innovative printmaker, Hu Zhengyan, who developed the process that brings the book’s hundreds of prints to life.

The technique was called douban, and now is more familiarly known as polychrome xylography. It is the meticulous re-printing of each illustration’s woodcut with successive layers of ink, resulting in multi-color pictures that resemble, more than anything else, hand-painted watercolors.

Shi zhu zhai shu hua pu is the earliest known manuscript to include polychromatic mechanical printing. It represents a milestone in art, publishing, and Chinese culture. It was nearly lost to us—or was at least no closer than a book we couldn’t open. But thanks to more current milestones in those same arts, and thanks to the good folks at the Cambridge University Library who were willing to leverage them on our behalf, this gorgeous book has opened for us once again. 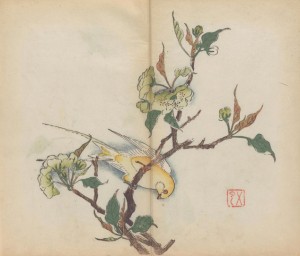 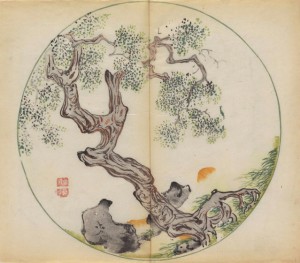 Doesn't know much about culture, but knows when it's going to hell in a handbasket.
View all posts by editor, facilitator, decider →
This entry was posted in New Post and tagged Art, Cambridge University Library, Chinese culture, Manual of Calligraphy and Painting, publishing. Bookmark the permalink.