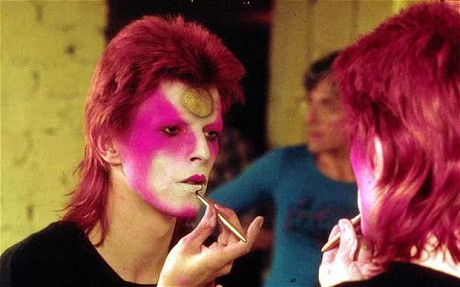 Actor, musician, singer-songwriter, and latest cancer-stricken hero to leave us—are we in the midst of a rock-and-roll rapture? David Robert Jones, b.k.a. David Bowie, Ziggy Stardust, and The Thin White Duke, died Sunday just two days after his 69th birthday, which was also the release date of his 25th studio album, Blackstar. 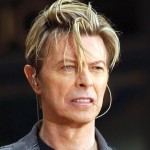 several decades, probably because he was such a moving target. Should we decide to define him as a glam-rocker or a space oddity, he’d shape-shift on us, don a suit and thin tie and sing jazz, or pop, or whatever he damn well pleased. Or he’d get in front of a camera and act, and he’d do that every bit as well. One gets the feeling we’d barely plumbed the depths of his talents.

Towards the end, with failing health and a cancer diagnosis, Bowie was frenetically productive—he wrote the off-Broadway musical Lazarus (a sort of cross-dimensional sequel to his opus, The Man Who Fell To Earth; and he recorded and released the aforementioned Blackstar, which some have said is the strangest album of his career (and that’s saying something). And then he was gone.

It’ll take us a while, I think, to really appreciate the depth and breadth of the void that David Bowie has left behind. Sudden absence of accustomed ubiquity is like that, and it stings. In time to come we’ll learn to live in a world where David Bowie no longer creates. In the meantime there’s nothing for us to do but to take our protein pills and put our helmets on….

Doesn't know much about culture, but knows when it's going to hell in a handbasket.
View all posts by editor, facilitator, decider →
This entry was posted in New Post and tagged David Bowie, RIP, RIP 2016. Bookmark the permalink.