The long history of :) 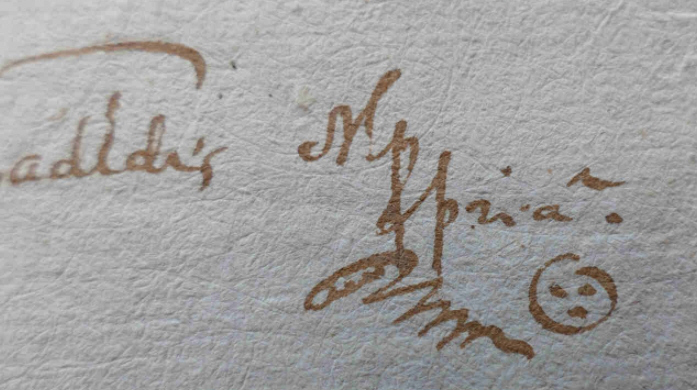 Thanks to the ubiquitous emoji, we’re now communicating more than ever in semiotics, and most specifically with some simple yet telling arrangement of two dots for eyes, and some visceral version of a frown, grimace, or smile.

It shouldn’t come as a surprise that this emotive shorthand predates the PC age—after all, the Kool-Aid 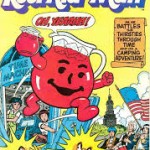 man has been knocking down walls since the Seventies, wearing not much more than a smile. (How does an anthropomorphized glass pitcher bust through bricks, anyway?)

But how far back does it go? Several hundred years seems a stretch, yet the legal document at the top dates from 1635, and seems to clearly include a less-than-smiley face at the lower left, incorporated into Slovakian notary Jan Ladislaides’ signature.

Perhaps the 17th Century was the onset of the emoji era, because here we also see what was arguably a bit of clever typography aptly integrated into Robert Herrick’s 1648 poem, “To Fortune” (my highlighting) —

Indeed, until very recently these were thought to be the earliest usages of our beloved 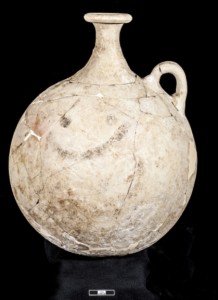 Say hello to the self-evidently friendly Karkamish Smile, recently unearthed at a Hittite site in Turkey, which pushes back the Age of the Emoticon about 3,700 years.

Researchers are cautious, admitting that the design was intentionally drawn on the jug but saying they can’t be sure what exactly the ancient potter meant by it.

But we know, don’t we? We who so easily and frequently dash off a wordless update as to our current emotional state, with little more than a colon or semicolon, and an array of punctuational rictus options. We even know how the potter was feeling that day. He wasn’t :\ … he was

We like to think our technology has isolated us from our ancestors. Think that no longer. We now know something we share with them, something that transcends language and media and time itself. And that, more than I can express in words, makes me very, very :-]

Doesn't know much about culture, but knows when it's going to hell in a handbasket.
View all posts by editor, facilitator, decider →
This entry was posted in Homepage and tagged :). Bookmark the permalink.