When in the course of human events 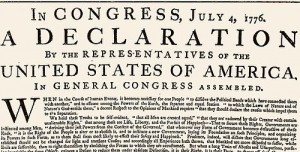 The course of human events can be a harrowing run, and even in the best circumstances the road takes you, eventually, to landscapes you did not expect.

The act of political estrangement that began on the Fourth of July, 1776 was a spark lit in darkness, and it serves us well to remember just how complete that darkness was. The framework of representative democracy was still a decade and a war away—the document signed that day didn’t create a new society, it just began to chip away at the dross that encased the old one.

The powerful and necessary reminder here is that destruction is the inevitable precursor to creation. Old growth is cleared to make room for the new, tarnish is abraded to reveal the gleam. Old institutions become tired, corrupt, self-serving; an act of removal is their only redemption.

These theses are timely, and not only because today is America’s birthday. Today is also America’s crisis, as was yesterday, as will be tomorrow. For reasons we all know, which aren’t even necessary to enumerate, the 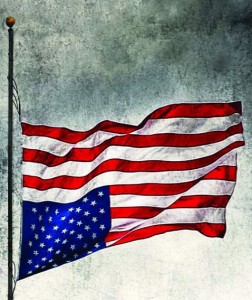 organs of American governance are being tested like never before. And they’re not acquitting themselves well in response.

Maybe that’s for the best. Maybe the presence of a lunatic at the helm and of enablers and sycophants all around him remind us that it is our responsibility, ours alone, to right our own ship.

Either the foundations of our society survive the present assault, or they don’t. In any case rot is revealed, and a course of remediation is suggested. How we react—what we create in response to this destruction—will be the true measure of our fitness as a people. The destiny of America is being written by our action and our inaction, for good or for ill.

The course of human events has brought us to this critical, horrific juncture, and the anniversary of our Independence is as an appropriate time as any to reflect upon that, and upon all its many implications.

But let us not reflect too long. Let’s get busy saving our country.

Doesn't know much about culture, but knows when it's going to hell in a handbasket.
View all posts by editor, facilitator, decider →
This entry was posted in New Post and tagged Fourth of July. Bookmark the permalink.