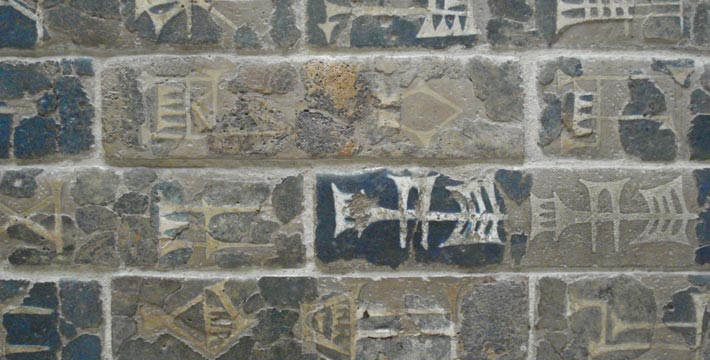 I’m just giddy to present here, in its entirety, The Poor Man of Nippur—a 20-minute short film created by the University of Cambridge Department of Archaeology. It is the first feature produced in the Babylonian language, which has been extinct for more than 2,000 years. The Cambridge team has painstakingly resurrected the lost tongue, an effort spanning more than twenty years, to the ends of narrating and performing 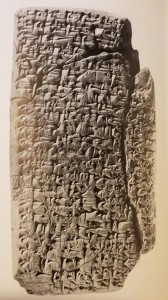 an ancient Akkadian folk tale first recorded in cuneiform as early as 2100 BCE.

Three fragmented tablets are known to exist, each telling the story of an 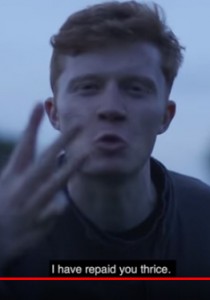 impoverished goat herder, Gimil-Ninurta, from the Mesopotamian city of Nippur, which flourished during the Sumerian and Akkadian cultures. Gimil-Ninurta attempts to better his fortunes by making a gift of his prized nanny goat to the mayor of the city, but is cheated and insulted, and thrown from the palace. He vows revenge (“Gimil-Ninurta” translates to “Vengeance of the god Ninurta,” one of the patron deities of Nippur), and sets out to lay the mayor low—not just once, but three times (karma compounded). No spoilers here, but if you’re one to root for the little guy, you won’t be disappointed.

The film was produced in and around Cambridge’s Trinity College, with Archaeology Department students conversant in the revived Akkadian language handling the roles of Gimil-Ninurta, the mayor, palace officials, and various hangers-on. Cleverly enough, the film stutters and skips in a couple spots—an inspired way of addressing the portions of the story that are missing, owing to breaks in the tablets.

All in all, it’s a fascinating effort and an engaging tale, and well worth your twenty minutes. In a hurry? I’ve also embedded the 50-second trailer. Enjoy one or both (be sure to enable subtitles/closed captioning); either way you’re about to hear a language last heard in the time of the Caesars….

Doesn't know much about culture, but knows when it's going to hell in a handbasket.
View all posts by editor, facilitator, decider →
This entry was posted in Homepage and tagged Akkad, archaeology, Babylonia, Cambridge University, culture, dead languages, film, language, Sumer, The Poor Man of Nippur. Bookmark the permalink.