The art of eternal employment 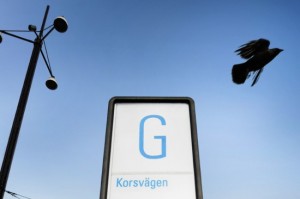 Lifetime guaranteed employment sounds like a concept from an earlier age, or perhaps something that never existed at all.

How about eternal, self-perpetuating employment? Economists can argue whether such a thing could ever be possible (economists argue about everything, you know), so it’s up to conceptual artists, plus a little seed money, to make it a reality.

“Eternal Employment” at Korsvägen train station, near Gothenberg, Sweden, is a proposed art project conceived by the duo Simon Goldin and Jakob Senneby—they’re Stockholm-based creators who spin art from macroeconomics, drawn (as they put it) “to its (il)logical conclusions.” 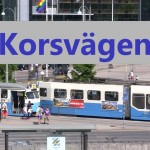 Their proposal in this case is to collect the prize money offered by Public Art Agency Sweden and the Swedish Transport Administration, intended for art installations at the still-under-construction Korsvägen station, and invest the sum (about $650,000) in both international and domestic Swedish securities. Per their projections, by the time the station opens in 2025, the account should have grown to the point of supporting the employment of one person, at fair living wages plus competitive benefits, in perpetuity.

The absurdist subtext seems to be that since the salary is financed through equity investing, no actual value needs to be created by the (lucky) chosen worker. Thus, that person will have 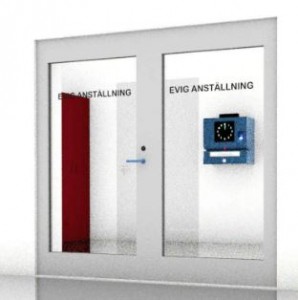 no job requirements, and no real job description. The worker will be required to report to Korsvägen, and punch a time clock which switches on a set of terminal lights. After this, the workday consists of “no duties or responsibilities besides the fact that the work should be carried out at Korsvägen. Whatever the employee chooses to do constitutes the work.”

A slacker’s (or trainspotter’s) dream job, to be sure. There’s sweet silliness there, enough to make me cross my fingers that Goldin+Senneby land their grant, and then cross my fingers and toes for my own chances once I send them my CV.

But don’t mistake silliness for the lack of message. (Sometimes silliness is just the right medium). Goldin+Senneby seem to want to blur the line that demands one economic class must constantly justify its existence, while another is free to create its wealth out of thin air. Why not leverage the means of the latter, in order to feed the former?

Subverting that paradigm might just open one job, in one Swedish railway station, for one person, forever. That’s a start, isn’t it?

Doesn't know much about culture, but knows when it's going to hell in a handbasket.
View all posts by editor, facilitator, decider →
This entry was posted in New Post and tagged Art, Eternal Employment, Goldin+Senneby, Korsvägen, What is art?. Bookmark the permalink.