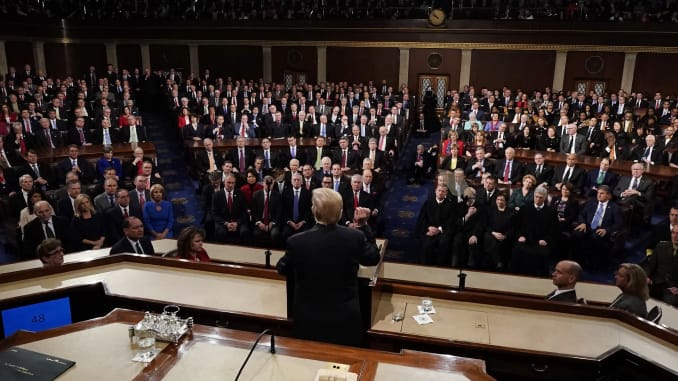 They say that if you come at the king, you’d better not miss. That in a nutshell is the reason I’ve argued against the initiation of impeachment proceedings against Donald Trump. It’s a politically pragmatic stance on my part, but then, impeachment is the ultimate in political pragmatism.

I found impeachment heretofore unpragmatic because it’s ultimately destined to fail—if success were to measured by the ultimate removal of Trump from office. The Senate seems all but sure to acquit him on any articles of impeachment presented to them, up to and including Trump’s own fabled shooting of an innocent on 5th Avenue.

Articles surrounding Mueller’s findings, or any of the myriad of scandals that landed prior to these waning days of September, were all just murky enough, with enough arcane details and inbuilt deniability, to mute the popular indignation that’d force Senate Republicans to put country before party (for once) and shed their orange albatross. As it stood, and as it unbelievably still stands, they’re standing by their man, and the results of the Senate portion of the impeachment process seemed, and seems, a foregone conclusion.

So given that Mueller murkiness, I argued against impeachment, positing that the process would get us nowhere, and it very well might hand Trump an undeserved Clinton-like bump just as we head into the election.

That was then. This is now, and I make that argument no more. Impeach the hell out of him, I say.

There’s pragmatism here too. The current scandal, Trump’s Ukraine hurricane, his Monica Zelensky, this one is in no way murky. We all know a shakedown when we see it. And we all feel in our gut that enlisting foreign aid—at a president-to-president level, no less!—to take down a political rival, this is the definition of abuse of power. The Senate may still vote to acquit; they probably will. But this one laid bare Trump’s corruption, and the post-acquital bump will go the other way I think. Indeed, I think the protectors and enablers of Trump’s naked corruption, no less than Trump himself, will finally be held to account with this one, regardless of what the Senate does. And if it does what we all assume it will, it’ll be held to account as well.

Because there comes a time when pragmatism has to take a back seat to doing what’s right, and the impeachment of Donald Trump isn’t just pragmatic, it’s absolutely the right thing to do. It is absolute in the sense that its rightness stands independent of the Senate’s actions and the likely outcome. It is right, it is proper, it is necessary for the nation to hold the formal process of cataloging Trump’s high crimes and misdemeanors.

Speaking of those—we might as well dispose of the currently mandated talking point that no crime was committed here. In any just world we’d recognize that the real crime is that the party that fancies itself the USA’s moral compass defends a serial con artist based on his skillful use of merely implied quid pro quo. But hey, this is the hill they’ve chosen, let them die on it.

Me, I don’t even see any need to contest it. The court of public opinion can, again, decide for themselves if they recognize an extortion racket when they see it. For the purposes of impeachment, that would matter only if we could act against high crimes alone.

Misdemeanors, on the other hand, is the shoal designed to sink presidencies. It doesn’t mean what you think it means, because it meant something different to the framers of the Constitution: Mis-demeanors. Misbehavior. It doesn’t have to be a crime. It only has to be something, a behavior, that’s incompatible with the presidency. Really, it can be anything a majority of the House of Representatives says it is.

The best example I can think of: Suppose a president decided one day to no longer do his job. Suppose he stopped taking meetings, stopped answering correspondence, suppose he even locked himself in his room and refused to come out. None of that is illegal. But none of it is tolerable in our president. Such a president would have to be removed.

So too would be a president who repeatedly, unashamedly used his office for personal gain and political advantage. Who not only let this malfeasance seep into the international relations and national security arenas, but did so in our dealings with some of the most volatile regions of the world. The outrages have long been stacking up, but this most recent one is particularly breathtaking: to create the illusion of dirt on a current rival, he withheld military aid from a country that has twice, in just the last handful of years, been invaded by the country that he last enlisted aid from, to take down his previous rival.

They’re defending that, and it’s indefensible.

But then, that’s what they signed up for—them and every person with eyes and a functioning prefrontal cortex that voted for Trump. The Trump we got is the Trump we’ve always known, from the moment he peacocked onto the ’80s stage: narcissistic, amoral, and shallow as a puddle. Whatever Faustian bargain, however many judges and justices they thought this presidency might be worth, they bought and paid for it, and the receipt will dog them all their days, because Trump has behaved, and is only capable of behaving, precisely as he has forever advertised. They knew that, or should have known it, and the country has suffered as a result.

Trump prevailed at the polls in 2016, barely, by presenting the Trump-facet he correctly divined most appealed to the rubes. He was lucky enough to face an opponent that most of those rubes hated, and that no one loved enough to spark the resistance the moment required. Even then he couldn’t pull enough votes for a popular win, and squeaked into office through a Constitutional back door.

There’s no reason he should enjoy any of those unlikely advantages again, so there’s no reason to suspect the Trump era will extend beyond January 2021…and there’s a glimmer of hope, at least, that it’ll end much sooner.

Impeach his sorry crooked ass. Put his crimes and trespasses before the Senate, and let them rule as they will. Let the American electorate take that, in its entirety, into the booth with them 13 months from now. Let’s see if Trump being Trump is something America can continue to stomach.

Doesn't know much about culture, but knows when it's going to hell in a handbasket.
View all posts by editor, facilitator, decider →
This entry was posted in New Post and tagged Election 2020, impeachment, Trump. Bookmark the permalink.