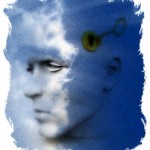 Keeping with the paranormal theme of my last post – but maybe treating the subject a bit more seriously – I’d like to explore the cultural implications of psychics and psychic phenomena.

It’s a subject close to my heart. Although I claim no psychic ability for myself (with a bit of qualification, explored below…) I wrote a novel, and am working on its sequel, with a central theme of psychic powers. I’ve been told by more than one self-proclaimed psychic that I got many salient points correct, such as the many challenges of living with those abilities. Many more readers seem to accept my premise at face value. They’re true believers, and to them the extraordinary powers of the mind are a reality.

Does that make it so? Certainly – a popular consensus isn’t the same as scientific certainty. But failing that certainty, does our collective anecdotal evidence add up to an agreement that some folks can do the seemingly impossible? And it seems that’s the best we’ll get; scientific certainty isn’t forthcoming. This subject is ignored by most academicians; the few studies actually performed are perennially discredited or are inconclusive.

So how about it? Let’s hear those anecdotes. If there are any psychics in the audience, we’d love to hear your stories in the comment section. Did your old aunt Sally read tea leaves? Do tell. Your girlfriend had a supernatural way of seeing through your lies? Please share.

I mentioned above that I don’t consider myself psychic…but occasionally I am startled by my own intuition. Years ago there was a great website, it’s sadly now extinct, but it had an elegantly simple way of testing mind-power. On one screen you would enter a block of text, describing the image that you were about to see. Once you were done, a random picture (from among millions) would display; later both the image and your prescient description would be posted for feedback from others. Both you and they could objectively evaluate your abilities.

For a time I was quite addicted to that site. Ninety-nine percent of the time my guesses (for that’s all the were) were way, way wide of the mark. Occasionally I’d get a bit lucky. On a few rare, memorable occasions I got pretty close. Once or twice the popular feedback confirmed what I suspected: something extraordinary had happened.

The alternative explanation, for my own experiences and indeed for all those Aunt-Sally-anecdotes, is that we simply don’t understand everything our minds are capable of. I’d like to think that’s true.

Doesn't know much about culture, but knows when it's going to hell in a handbasket.
View all posts by editor, facilitator, decider →
This entry was posted in Uncategorized and tagged mind.net, psychics. Bookmark the permalink.