In praise of the green fairy (from afar) 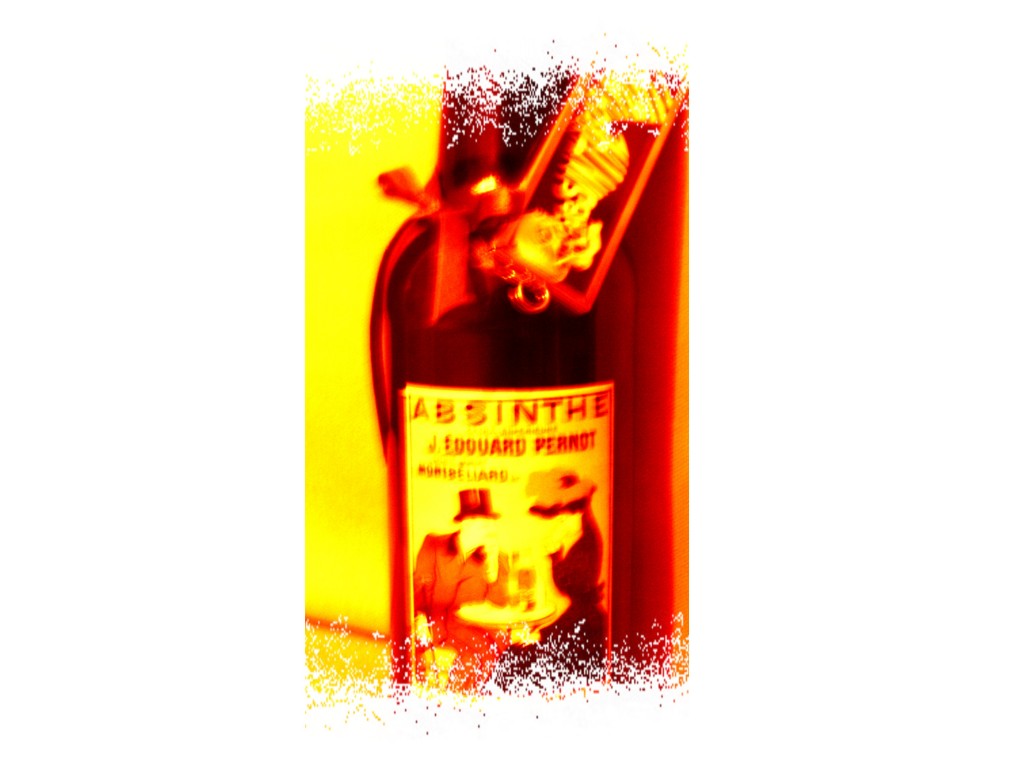 As we we enter our third or fourth week of gray, unrelenting drizzle, my mind turns introspective, nihilistic and utterly self-destructive. And since I lack the strength of will to open a vein, or even to perform a respectable emo-level slice, all I can do is write poetry.

All I lack is absinthe.

Oh, the ritual of it all. The slotted spoon, the cube of sugar. The bitter taste of wormwood, and perhaps if you were lucky, the ghastly screaming hallucinations.

Some element of that is why they shunned the fairy, why country after country began prohibiting her manufacture and import. They feared her, or maybe they just feared Rimbaud. In any case they knew she could foster collaborations, nihilistic ones, that any self-respecting society must outlaw.

So here now a confession: I’ve never kissed that fairy. Never performed the ritual. Never chased the hallucinations nor wrote the words they induced. I’m infatuated with the green fairy, maybe even a little in love…but it’s a love quite unconsummated.

The ultimate irony is what has been learned rather recently. The hallucinations? The strange screaming spasms and the stranger words that thereafter flowed? That wasn’t really the fairy. That was just shoddy distillation. It was, truth be told, poison.

So the fairy, damn her, cleaned up her act. And then she was okayed for importation. She was taken off the shun list.

The other day, I saw a bottle of absinthe on the shelf of my local grocery store.

Sure, I was tempted. I very nearly took her home and performed that ritual so often practiced in my mind. It very well could be that a smokey green draught could be sitting here with me, taking the place of this bourbon and influencing these words.

But Rimbaud speaks to me sometimes. And so do Hemingway and Stein. They creep out on gray, hazy days and peek over my shoulders to see what I write. They’ll be here any minute, I have no doubt.

Nor do I doubt what they’d say, if the fairy were here with us:

“You bought that at a grocery store?!”

Doesn't know much about culture, but knows when it's going to hell in a handbasket.
View all posts by editor, facilitator, decider →
This entry was posted in New Post and tagged absinthe, hemingway, poetry, stein. Bookmark the permalink.

6 Responses to In praise of the green fairy (from afar)