How to change the subject (in a thoroughly incompetent way) 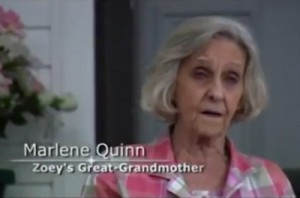 The nitwits in charge of messaging for Building A Better Ohio (the GOP-backed proponents of State Issue 2 – which would limit collective-bargaining rights for Ohio public employees) have a lot of ‘splaining to do.

It seems they lifted video footage of Marlene Quinn, who relayed a story of her great-grandaughter’s rescue by firefighters, from an anti-Issue 2 ad, then edited it and broadcasted it with a pro-Issue 2 slant. You can view both ads in a side-by-side video below.

In response, at least 30 TV stations around Ohio have pulled the ad, but so far Building A Better Ohio refuses, insisting they did nothing wrong, and insisting that they have every legal right to use the Marlene Quinn footage.

That seems dubious to me, from a legal perspective…but even if they’re right, so what? Do these people not realize they’re in a perception war? Do they not realize that the First Commandment of P.R. damage-control is: admit your mistakes, and move swiftly to correct them?

I guess not. So now, thanks to Building A Better Ohio, the conversation switches from one about budgets and public policy (yawn), to one about the arrogant bullies who twisted the words of a sweet senior citizen. Nice work, noobs!

Doesn't know much about culture, but knows when it's going to hell in a handbasket.
View all posts by editor, facilitator, decider →
This entry was posted in New Post, Uncategorized and tagged Building a Better Ohio, Ohio, Senate Bill 5, State Issue 2, unions, We are Ohio. Bookmark the permalink.