Edward Gibbon, in his History of the Decline and Fall of the Roman Empire, summed up his many exhaustive volumes by diagnosing late-empire Rome with an illness of its civic virtue. Civis Romanus stopped caring about its place in society, about its responsibilities to the collective, says Gibbon, which contributed to and accelerated the empire’s collapse.

Every empire since has compared itself favorably to Rome, but in fairness every empire should also cautionarily compare itself. Every society and culture, in fact, should look for warnings from the past. We should be on guard for the same symptoms that Gibbon tells us brought on the Dark Ages.

Civic virtue was a founding virtue for the United States, but it’s one that has largely slipped away from us. Vast swaths of our society reject and refuse any responsibility to contribute, to get involved, even to inform themselves. Most eligible voters don’t vote. Startling percentages of us can’t name a single Supreme Court justice, or cabinet member, or leading legislator.

That’s a betrayal of our heritage, but it’s hardly new. Better men than me have complained about it at length. But what might be new, or at least evolving into new levels of intensity, are the challenges faced by that plucky minority who still embrace civic virtue. Because thanks to the shallowing of our culture, it’s harder than ever to engage meaningfully and purposefully, with a society so much more obsessed with style over substance.

Examples are myriad, but a couple became disgustingly apparent in recent weeks. Most recently—horrors—Senator Marco Rubio took a drink of water.

My initial reaction to this “story” was that it was surely going to be short lived. After all, I thought, let those among us without 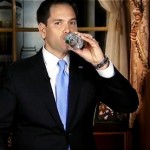 thirst cast the first…etc. etc. But it didn’t go away, did it? It became, according to Reuters, “the sip seen round the world.” CNN, meanwhile, asked if it was a “career-ender.”

Clearly I underestimated our penchant for shallowness.

It breaks my heart to have to say this—and those among you who already agree are probably just as broken-hearted—but Rubio was giving a major political speech, in response to the major political speech. Words and policy positions are what mattered here. A sip of water? That is so damned meaningless and irrelevent that it makes my hair hurt to talk about it.

Another example is a bit less pivotal but probably just as symptomatic. The Super Bowl, my favorite sporting event, isn’t exactly 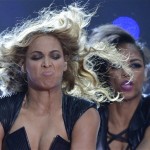 central to our society, but it’s become a cornerstone of our culture. It probably reflects a lot about us, and a lot of that is unflattering. So be it.

But once again, it would be great if we could embrace the substance of the event, and not the style. I’m dreaming though, aren’t I?

Halfway through last week’s epic game, Beyonce performed. I didn’t watch it, because half-time shows do nothing for me. But ever since, I’ve heard and seen, over and over, nothing except shocked critiques: Beyonce made funny faces.

The thing is, we could have a meaningful discussion about the worth of these half-time shows. Terry Pluto, sports writer for the Cleveland Plain Dealer, makes a powerful argument that the half-time show has become too sexualized, making the Super Bowl as a whole less appropriate for family viewing. I think he has a point. It’s probably worth discussing.

But because we embrace the shallow, it seems as though the only discussion we’re going to have in this regard is: Beyonce made funny faces.

What stings most in both these cases, other than that they demonstrate we’ve lost our ability for seriousness, is that there are also hints of double standards here. I detest double standards almost as much as I hate shallowness.

I’ve strummed a guitar from time to time. When I really get into it, I sometimes make a funny face. “Rock and roll face,” I’ve heard it called. Does it make me look anything like Beyonce? I have no idea – because it has never mattered. Not one bit.

Indeed, that fabled rock and roll face is part of our cultural landscape. It’s expected—at least when it’s a man onstage. When Mick

Jagger sings Jumpin Jack Flash, the only thing that’d make us notice his expression is if he isn’t making rock and roll face.

Similarly, can we honestly say that there’s anything momentous or remarkable about a public speaker going a bit dry, and doing something about it? If not, why is Marco Rubio being singled out 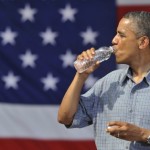 For the record, I’m no fan of Marco Rubio. I agree with very few of his positions. But, out of what I hope is an abundance of civic virtue, I’m willing to listen to him. I’m willing to honor and respect his right to present his and his party’s argument.

But that civic virtue, that simple human respect, becomes harder and harder to exercise. It’s squeezed out by shallowness, by the valuation of style over substance, and by our habitual, self-destructive embrace of double standards.

How self destructive? Not for me to say. But some future Gibbon, I fear, might mark down these trends as woeful symptoms of a regrettable, preventable decline.

Shout out, btw, to my kin and debate partner,
Kevin Carpenter, whose observations about
the Rubio double standard inspired this post.

2 Responses to Out with the substance, in with the shallow