A death in Miami 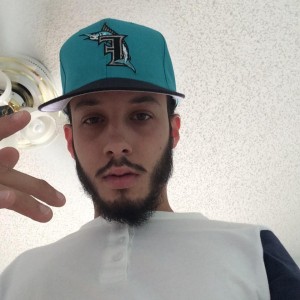 Worlds collided last week, in more ways than one. But these weren’t romantic or progressive or productive comminglings. They were destructive and divisive and deadly.

Art Basel is an international celebration of modern art, and its sojourn in Miami has helped cement the position of that often-troubled metropolis as a new cultural hub.

Which is admirable, but like all cultural institutions, Art Basel can’t be accused of being all-inclusive. So maybe it’s a coincidence, or maybe it’s indicative—either way it’s chilling, and it must mean something that midway through this year’s festivities a Miami artist (or was he a criminal?) was killed.

Delbert Rodriguez Gutierrez, a street artist with the tag “DEMZ,” was struck by an unmarked Miami police car in the early morning hours of December 5th. He died from severe head trauma four days later.

He was a lifetime removed from Art Basel, I’d argue, for the same reason that his art brought on his death. He operated in a furtive world, with his mode of creation proscribed, interdicted, policed. When the spotlight fell on him, he ran. At some point, somehow, he ran in front of a police car. And that was that.

In collisions like these, especially of late, there’s a reflexive need to assign blame. So the tragedy, in the minds of many, became an assault. Another assault.

Look. I wasn’t there. Just like I wasn’t in Ferguson or Staten Island or Cleveland. Chances are, neither were you. None of us can say with any certainty what happened, in any of these cases. But that doesn’t stop many of us—too many—from expressing certainty, on one side or the other.

The reason why, I think, is conflation. We’re melding deaths together. Thus, Trayvon becomes Tamir and Eric and Michael…and now, by extension, Delbert Rodriguez Gutierrez. Their names and faces and stories are melded together—into fuel. Fuel for anger.

Is that a proper, or even understandable, reaction? I don’t think so. Because it denies them something that all of them, and all of us, deserve both in life and in death: individuality. No one’s life or death should devolve into merely a statistic, even though that’s what largely seems to happen. By holding these deaths up as examples of a deplorable trend, whether that’s true or not, individuality is erased.

Trayvon died differently than Michael and Eric. Tamir’s death was not Delbert’s.

I certainly don’t regret a dialogue, if we can have one rationally, about policing and use of force, and about the very much unfinished business of racial equality. And if any sector of our society, whomever they may be, are especially victimized, then I fully support their right, their duty, to vehemently protest.

Still—I think it’s a disservice, the final and maybe the worst one, to decide on scant evidence that all of these things are like the others. Much has been declared (with the usual imprecision of declarative statements) about Ferguson and Cleveland and Staten Island. I’ll leave those be.

With equal risk of imprecision I’ll say this about Miami, and about DEMZ, and about the police officer who was behind the wheel: I think it was a tragic accident. I think the officer was doing his job, and that never in a million years would he have wanted things to turn out the way they did.

The same can probably be said for DEMZ. He was doing his job, or more accurately, following his vocation. But setting aside elevated examples like Banksy, that particular vocation is illegal. It is–usually–denounced and 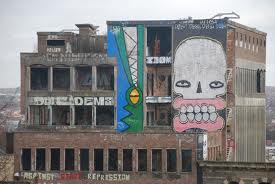 unwanted by the property owners who supply the canvases. Those property owners look to the police for relief. Police officers are individuals too, and it’s probably safe to say they have a gamut of opinions on street art or on graffiti. But whether they see beauty or they see vandalism, they’re expected to do their job.

The tragedy is that this conflict, this collision, led to the death of a very young, very talented artist. And tempted though I am to draw some kind of just-let-art-be-art conclusion from it all, I recognize that in doing so I’d be just as guilty of the same sort of conflation that I indicted just a few paragraphs ago. And I’d be stretching for answers where I honestly have none.

So there’s simply this, and maybe it smacks likewise of conflation but maybe that’s unavoidable in the end: Worlds collide. They just do.

Any or all of our worlds are dangerous enough on their own. When they collide? Casualties are inevitable.

Doesn't know much about culture, but knows when it's going to hell in a handbasket.
View all posts by editor, facilitator, decider →
This entry was posted in New Post and tagged Art Basel, Banksy, Delbert Rodriguez Gutierrez, DEMZ, Miami, street art, what is culture?. Bookmark the permalink.