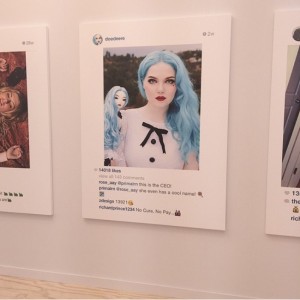 Careful what you upload to Instagram. You just might wind up an inadvertent and uncompensated collaborator to serial fauxtographer, Richard Prince.

Prince seems to have built a career by profiting from a fine line that most artists, writers, and harried college students sweat over: fair use. Fair use governs the ways we can borrow–sparingly–from others’ work in the furtherance of how we express our own ideas. Prince’s novel interpretation of that involves wholesale appropriation, a touch of appanage around the margins, and a final rebranding and reselling of the work as his.

His latest caper has been a lucrative engagement at 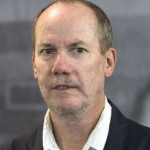 the Gagosian Gallery, consisting of poster-sized reprints of other people’s Instagram uploads, garnered without permission or attribution. They were transformed into “Prince originals” by his pithy inclusion of creepy comments, and in some cases, just an emoji or two. The photography itself (and it must be said—some of it is quite good) is purely the result of the original owners’ talent; it’s just too bad they’re not benefiting from the $90,000 price tags Prince is hanging on their work. 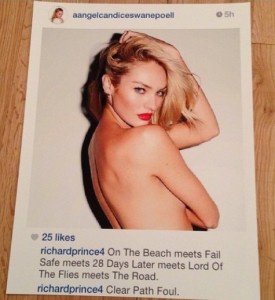 There are critics, mostly ones who mistake frankness for debauchery, who think that art and morality are mutually exclusive. True enough, ethics are a philosophical minefield, one much too combustible for this space. But right-minded people, which I have to think includes most of us, instinctively understand the natural law of trespass. This refers not to the gate-keeping of property, but all-inclusively, to the right to be free of infringement by others. Trespass not against me, in other words.

Richard Prince seems to be comfortable in his assumption that the law is on his side. But as Charles Dickens told us in Oliver Twist, the law is an ass. Anyone with a grasp of the concept of right and wrong, and yes, that includes most artists, clearly sees the iniquity in Prince’s trespass. And even if the critics were correct and the art world is an amoral morass, artists still appreciate the integrity of talent. Whatever talent was on sale at the Gagosian, it wasn’t Prince’s.

In the end, we can gnash our teeth to nubs over Prince’s piratical business model, and expect not much more result than a smug retort (Prince himself has said that he’s “fascinated” by the backlash, and that he first thought it was a joke). Or we can beat him at his own game. The California softcore-punk collective SuicideGirls had their Instagram account liberally (and profitably) sampled by Prince, in what founder Missy Suicide called “a violation.” The S-Girls hit back by undercutting Prince, and are selling on their website reproductions of his appropriation (which, unsurprisingly, he claims is copyrighted) of their photos…at 0.1% of his asking price. Well played, ladies, well played.

Doesn't know much about culture, but knows when it's going to hell in a handbasket.
View all posts by editor, facilitator, decider →
This entry was posted in Homepage and tagged art theft, fair use, Richard Prince, SuicideGirls, What is art?. Bookmark the permalink.