Loving Vincent – heartbreak and triumph in paint and on film 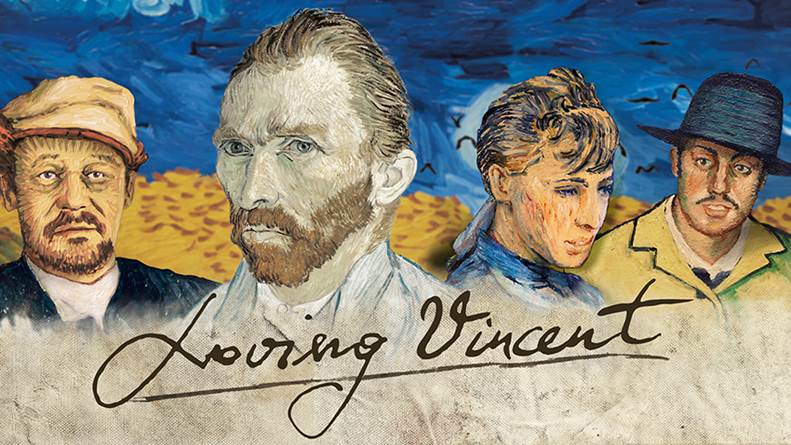 Any cinematic effort to tell the story of Vincent Van Gogh‘s tortured last years and tragic death would have to be a seamless blend of visual splendor and emotional anguish. Nothing less would serve to portray the frenetic, afflicted life and death of a genius artist who, in his final year, completed 70 paintings in 70 days, then weeks later bled out in the arms of his brother, a bullet in his chest, his last words reported to be: “The sadness will last forever.” 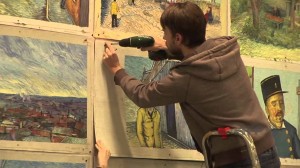 Conventional filmmaking might just not be up to the task.  So all praise, then, to the producers of Loving Vincent, the soon-to-be-released biopic that tells Vincent’s desolate tale through the words of his letters and with interviews of those he left behind, and in the material form—for the first time ever in an animated film—of tens of thousands of individual oil paintings.

Every frame in the film, about 62,000 at last count, is a hand-painted oil on canvas, each done in the style 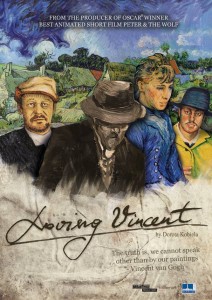 of Van Gogh himself, collectively the work of nearly 100 painters. The project, which included a Kickstarter campaign to raise funds to train prospective artists, has been underway for more than four years.

The final release date has not yet been announced, but based on the just-released trailer, it seems (hopefully) imminent. In the meantime we have to enjoy that theatrical trailer, and the 2012 concept trailer. Both are breathtaking. Behold:

Doesn't know much about culture, but knows when it's going to hell in a handbasket.
View all posts by editor, facilitator, decider →
This entry was posted in New Post and tagged animation, film, Loving Vincent, Vincent Van Gogh. Bookmark the permalink.