The sadness will last forever: Reliving the art of Vincent Van Gogh 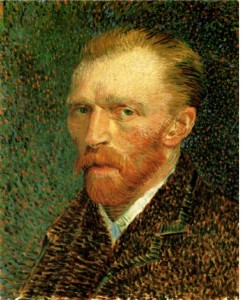 We enjoyed a weekend outing, this weekend past (“we” being the Deconstruction Family), to the Cleveland Museum of Art—a world-class institution, boasting a world-class collection, right in the heart of the Rust Belt, and stone’s throw from the Lake Erie shoreline. I cannot commend, nor recommend, this museum enough.

CMA is currently hosting a fascinating special exhibition, called “Repetitions,” a look at Vincent Van Gogh’s practice of reproducing, or producing variations on a theme, of previous 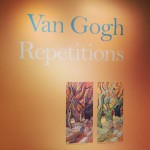 works. Witness, for example, his numerous still-life renderings of Sunflowers, each quite different, and each equally, independently gorgeous.

This gives us an exceptional glimpse into the workmanship, the day-to-day practices, of a legendary artist best known for a tragic and extraordinary life. We’re not accustomed to thinking of Vincent in terms of an assembly-line process.

And he deserves this second look. Because although he’s been heralded almost universally since his death as one of the most important artists of the last half-millennium, one must suspect that at least some of this has to do with a shared awe (there’s no other word for it) for his well-known insanity.

Vincent Van Gogh was clearly, dreadfully mentally ill. It translated into his art—the swirls of colors and the 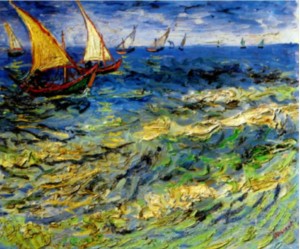 distorted perspectives of his later work, particularly those created in his last, frenetic year of 1890, seem to confirm a viewpoint and perspective of an artist who was not seeing the world as most of us see it. It made him, perhaps, a better artist, or at least a more driven one. There was a 70-day period in that last year where he completed 70 paintings. But it also made him a wretch of a man, scarcely able to care for himself, and probably doomed to pass, as he did, far too young, at the age of 37.

On the other hand, the legend of Van Gogh’s madness has taken on a life of his own, perhaps unfairly and to the detriment of a man who lived and died and did the best he could. Two of the best known examples of Van Gogh’s insanity just might be apocryphal: his self-mutilation, and his actual suicide. All we know for certain, in the first respect, is that his ear was cut off. He himself claimed not to remember how it happened (one recent theory is that Paul Gauguin did it). And as for his suicide, that’s equally unclear. On the 27th of July, 1890, he stumbled home, with a bullet wound to his 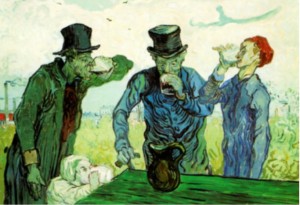 chest. When asked if he’d done the deed, he said that he “must have.” No gun was ever found, though. And a rich merchant’s son, who lived nearby and who was well known as a vicious tormentor of the pitiful artist, was hustled out of town the very next day.

The wound itself was surprisingly not serious. It seemed to have deflected off a rib and missed his organs. However he quickly developed an infection, and within a day and a half, was dying. His beloved brother and protector Theo, his only real friend, had enough time to rush to his side. Van Gogh died in his arms.

His last words have been variously reported. One version had it that, while Theo held him, he said “I want to die 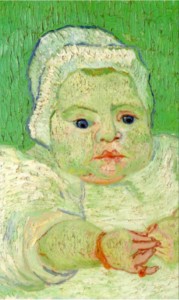 Another version, this one relayed by Theo himself, is even more poignant, and in one phrase sums up Vincent Van Gogh’s life, death, art, and perhaps the very tortured way he experienced the world.

He said, “The sadness will last forever.”

Doesn't know much about culture, but knows when it's going to hell in a handbasket.
View all posts by editor, facilitator, decider →
This entry was posted in New Post and tagged Cleveland Museum of Art, Paul Gauguin, Vincent Van Gogh. Bookmark the permalink.