The Fourth of July isn’t just a date, or a holiday, or a commemoration. It’s a concept, heavy with meaning, offering symbolism for all, for every viewpoint, good or ill, that one might assign to the birth of the world’s oldest extant democracy. 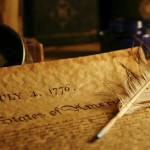 But one viewpoint often ignored or forgotten as we pursue our star-spangled reveries, is that the foremost Fourth, the one in 1776, was by no means an end in of itself. The document presented and signed that day brought no finality—it marked instead a most uncertain beginning. It was with sincere solemnity, and perhaps even fatalism, that the signers pledged their “Lives…Fortunes..and sacred Honor.” Years of war and privation lay ahead of them. Most of them would go to their graves not knowing if the nation they’d forged would endure, or would expire.

In that light, it’s as important to know what’s not in the Declaration of Independence as it is to know what is. The word “democracy” appears nowhere in the text. Nor does “republic” nor “capitalism.” It is, in a sense, a blank slate.

Two hundred and forty years later we have written upon that slate; we’ve often chosen our words in haste and have been forced to go back, to erase, to recompose. In times of unity we’ve etched soaring passages, and offered inspiration for all of humanity. And in more frightened, parochial times we’ve authored prose that is far beneath us, that is in no way worthy of our history and potential.

But still. That slate still lies before us. Two hundred and forty years have left it incomplete. We have chapters yet to write. 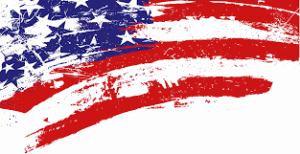 There is no stasis in what America is, and what America becomes. The dynamism and trajectory of this nation belongs to us all, and it is our collective responsibility. What happens next is what we the people choose for ourselves.

Happy birthday America, and Happy Fourth of July, Americans. May the ideals we celebrate today live on tomorrow and beyond.

Doesn't know much about culture, but knows when it's going to hell in a handbasket.
View all posts by editor, facilitator, decider →
This entry was posted in New Post and tagged Fourth of July. Bookmark the permalink.