Vote for the crook, it’s important 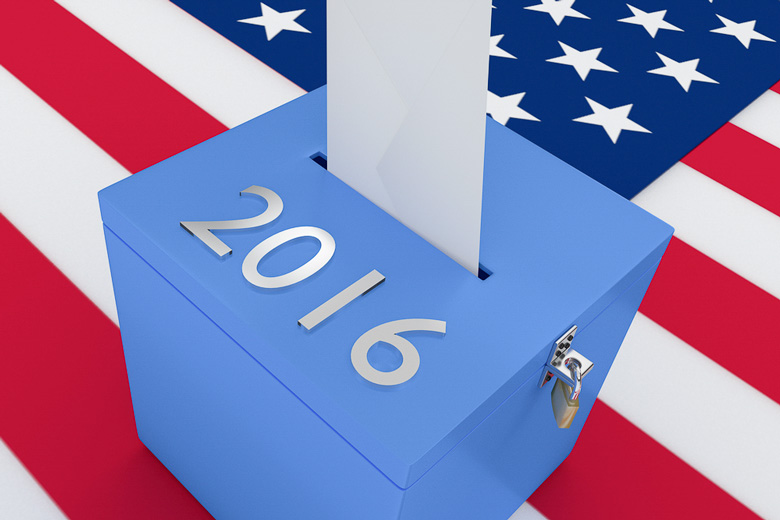 1991 was another year in which we saw David Duke crawl out from under his rock. In that case he was challenging the perennially corrupt Edwin Edwards in Louisiana’s gubernatorial runoff election. Half the state’s electorate said they believed Edwards was a criminal (and he was; less than nine years later he’d go down on fraud charges), but on election day they indicated it’s preferable to put a grifter than a grand wizard in the governor’s mansion. Edwards’s landslide win was prophesied and presaged by the unofficial campaign slogan that sprung up on his behalf: “Vote for the crook. It’s important.”

2016′s presidential election/bad reality show is crying out for a relaunch of that desperate plea in the form of a slogan. I say this not because I believe Hillary Rodham Clinton is a crook; I say it because even if I believed she was—even if I believed the blackest deep-web tinfoil conspiracy theories out there about her—I’d still say, “Yeah, but vote for her. It’s important.”

Is HRC a criminal? Man, I don’t know. Hillary doesn’t seem to have much aversion to the unseemly, the unsavory, and the ill advised, but she also seems smart enough not to cross certain lines. That’s about as spirited a defense as I’m inspired to mount for HRC, except perhaps for this addendum: She’s gotta be the most investigated person on the planet. If there was something to send her to jail for, surely somebody’s found it by now.

No, the ‘import’ part of our relaunched appeal has nothing to do with HRC; the same could be said if she were replaced by any reasonably well-qualified candidate, crooked or otherwise. Because any of them, and indeed literally almost anyone else in the country, is preferable in this election to the GOP’s candidate.

It’s dizzying to grasp all the ways in which this is true. The man didn’t know what Brexit or the nuclear triad was. He mocks the disabled, former POWs, and parents of slain U.S. soldiers. He’s told us that his best policy advisor is his own ‘great brain,’ and that if his daughter wasn’t his daughter ‘perhaps I’d be dating her.’

And the dizziness compounds on a daily basis, because every day he adds to the litany of evidence against his readiness, worthiness, sanity, and humanity. At this tempo it’s a real worry that by November we’ll be numb to his antics.

I recommend a narrower view, then, and I think this can be applied to the universe of electoral politics. Concentrate not on the overall awfulness (or the obverse, if applicable) of any one candidate, but rather on their stances on one or two issues that you really care about.

I long ago opted to be a single-issue voter (this would be at about roughly the same time I decided that I was steadfastly independent, and that the two-party system was dead to me).

Climate change is an existential threat to humanity. All other issues naturally and needfully take a lesser place of priority. Because if we fail to confront climate change everything else becomes inconsequential.

The 2015 Paris Accord very well could be our last, best hope to save ourselves, although many argue it’s too little, too late. Others see it as a first step, and a holding action, that might stave off the worst climatic disasters and buy time to develop technological solutions. Regardless, most would agree that the most certain death knell for worldwide climate action would be an early U.S. withdrawal from the treaty.

So for me, single-issue voter, the only acceptable 2016 candidate is one upon whom I can depend to uphold Paris and to fight for even stronger climate action. The next presidency will be the one to shepherd the earliest and tenderest years of a multi-generational self-preservation project. That’s why it’s important.

Am I thrilled with the alternative forced upon me by the two-party system? No, but I think I know where she stands on climate change. I can only guess about her GOP opponent, based on contradictory things he’s said and done. Actually I’ve heard the somewhat convincing argument that he’s such a celebrity worshiper that all we need to win him over is to have Scarlett Johansson show him Al Gore’s slideshow.

But still, no thanks. And before you remind me that there are alternatives, Dr. Jill Stein and Governor Gary Johnson, I’ll submit that although the two-party system I so readily hate on isn’t encoded in any law, it still exists in fact. The incomparable Matt Taibbi said recently that the way to build a Green or Libertarian party into a national force is to start at the bottom of the ballot, electing councilmen and mayors and state legislators. A run at the presidency prior to such org-building isn’t serious politics, it’s posturing.

Nonetheless I wouldn’t be adverse to casting a protest vote (mine would almost certainly go to Zoltan Istvan)…if I lived in a state like Texas or California or Hawaii. But I live in Ohio. There’ll be other important bellwether states this election (New York, anyone? One of these candidates is going to lose their home state), but now as always the path to the White House goes through the Buckeye state.

That’s why I’ll be voting for someone who wasn’t my first, second, or even third choice. Someone about whom I have serious misgivings. Because the stakes are, as I said, existential. Because a Trump presidency is unthinkable.

Doesn't know much about culture, but knows when it's going to hell in a handbasket.
View all posts by editor, facilitator, decider →
This entry was posted in New Post and tagged Election 2016, Hillary Clinton, Trump. Bookmark the permalink.