Friday freebie – a novella just for you 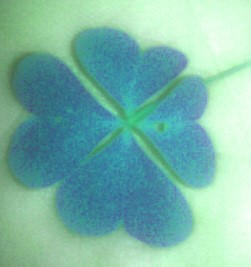 A question I’m frequently asked, not always in the most patient of tones, is what becomes of the central characters, Sara and John, from my first novel, Mind.Net.

Well…I still can’t completely answer that, as the sequel to that book is still very much a hypothetical entity (#NotProlific but #AmWriting). However, perhaps I can offer a little alternate edification…?

The Plug and Play Life tells another version of their story, in which they’re wearing different skins, called by different names, and inhabiting an unforgiving slew of different worlds.

It’s an odd little yarn (I hope I mean that, and you’ll interpret it, in a good way). Both style and genre I’d describe as “experimental.” I didn’t even realize, for the first few thousand words or so, that I’d gone back to the Sara Kincade & John Wasner well. But their personalities are unmistakable, as is their resiliency in the face of hostile forces and unwinnable quests.

The P&P Life is still available from Amazon and elsewhere as a download, but I’m making it available here in its entirety for your online, multimedia (it has pictures!) reading pleasure. It clocks in at about 15K words or so, making it a long-ish short story, or an abbreviated novella. Either way, it shouldn’t take you longer than a half hour, give or take, to wade through.

I hope you like it, but the only guarantee I can offer is this: if you don’t, I’ll do everything in my power to alter the laws of space and time, and unconditionally refund your half hour.

So check it out—and if you’d be so inclined leave a comment or drop me a note (pjword@pworden.com) and let me know what you think.

Doesn't know much about culture, but knows when it's going to hell in a handbasket.
View all posts by editor, facilitator, decider →
This entry was posted in Homepage and tagged #amwriting, #NotProlific, Freebie, mind.net, The Plug and Play Life, writing. Bookmark the permalink.