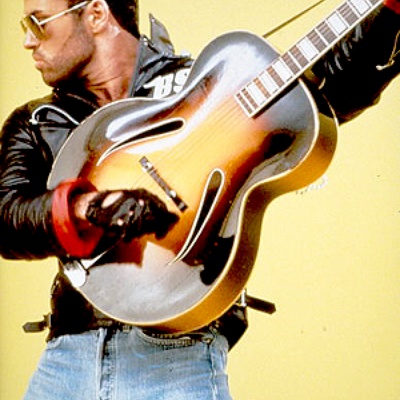 A life led as fully, and as momentously, as the one led by the onetime, recently departed Georgios Kyriacos Panayiotou, deserves a final appraisal, a last celebration, and a send-off. That’s the least this world-famous pop icon should have expected, had he any reason to ponder his own demise.

We can be almost sure, though, that if he suffered through any macabre pondering, anytime during the back half of 2016, he must have suspected what we now know: that in the tapering days of an objectively awful year, another celebrity death becomes just another weird statistic.

I’m not sure when we all began to suspect something extraordinary was going on. Early in the year we lost Bowie, Prince, Merle Haggard. Toward the halfway point, we lost the champ, Ali. Certainly this last quarter, which has taken Gene Wilder, John Glenn, Alan Thicke, Zsa Zsa, and now George Michael, has forced awareness upon us all that this thing has near-supernatural proportions. An A-List extinction-level event. A celebrity die-off with no regard for age or current IMDB rating.

Any larger meaning to be gleaned from that, or any meaning at all, will have to be teased forth by nimbler fingers than mine. I simply don’t know what to make of it—other than to draw the equally obvious and non-reassuring conclusions that death is certain, and that statistics sometimes throw curveballs.

Death and statistics become numbing, even in small measures of each. We’re getting megadoses of both, which led to a certain terminal injustice for the dad from Growing Pains, for the incomparable Zsa Zsa, and for the man who urged us all to have faith. Here’s hoping that as we see out the dregs of Black ’16, all our celebrities everywhere are taking their vitamins, and driving and flying with care. At worst just let them hold out until 2017—I think we’ll be ready to properly mourn again by then.