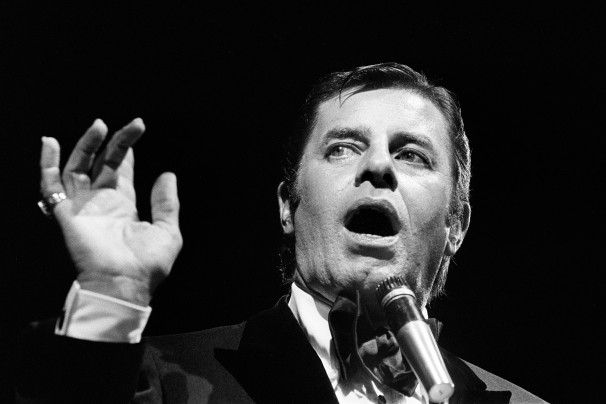 We were lucky to live, for as long as it lasted, in a world co-inhabited by Jerry Lewis. That funny, funny man lived to the most venerable age of 91, and he died at home—these are blessings by anyone’s measure. But tomorrow the sun will be blotted from the sky and it might as well stay that way, because tomorrow begins the age without Jerry. I think laughter itself died today.

I know not everyone feels this way. Not everyone thought he was as funny as I do. But there, again, is the blessings of the existence of this extraordinarily complex man—if he failed you as a comedian you might be duly impressed by his turns as a dramatic actor (The King of Comedy with De Niro in 1982, as well as the highly underrated Funny Bones in 1995). Or, quite notably, his unrivaled humanitarianism; he hosted the Muscular Dystrophy Association telethon for an astonishing 45 years. Generations of desperately ill children have been known, probably always will be known, as Jerry’s Kids. 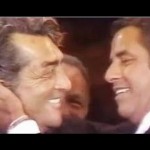 Or, if nothing, else, just let yourself appreciate his distinction as a true and selfless friend. That’s been a common refrain in the memoirs and public statements of those who knew him. But you could see it for yourself, plainly and hauntingly, during the live-aired reunion between he and Dean Martin during the 1976 MDA telethon. It was palpable. Business and artistic differences had split them apart but they still cared as deeply for each other as two human beings were able. They remained close until Martin’s death in 1995.

And still he soldiered on. Ages removed from his biggest commercial successes in the late 1950s and early ’60s, he kept acting, writing, and directing well into his twilight years. Ill health hardly slowed him down. He suffered through prostate cancer and a pair of heart attacks, and kept on working, long past the point where lesser men would retire. He was on stage and in his zone as recently as last year.

His rest, then, is most well deserved and it is only through our fondness and grief that we regret his passing. It is through our memories that we celebrate all that came before.

Doesn't know much about culture, but knows when it's going to hell in a handbasket.
View all posts by editor, facilitator, decider →
This entry was posted in Homepage and tagged Jerry Lewis, RIP. Bookmark the permalink.