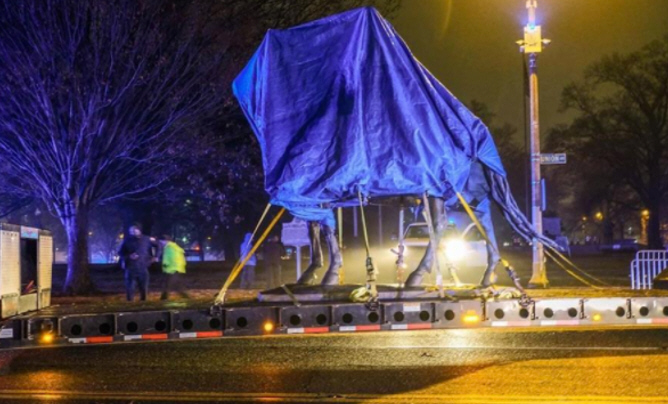 At the time it sure felt like 2016 was the culmination of the old “May you live in interesting times” hex. But just as the new climate-change normal leads us to designate each year as the hottest on record—but only until the next one—this waning 2017 is well on track to ante-up the 2016-level of awfulness we thought we knew so well.

The ways in which this is true are almost too exhausting to enumerate, but let’s start with the culture wars, which have scorched the earth more completely than ever this year. With the Trumpian brand of conservatism seemingly triumphant, the cultural warriors that count themselves as the MAGA rank-and-file have felt emboldened to roll back not just the agents and elements of social progress, but the very clock itself. Welcome to neo-nazi yesteryear.

The irony is that the kleptocrats at the apex of this treasonous pyramid do not, near as I can tell, care one whit about social issues, or even about traditionally defined conservatism. The do care about power, and its attendant keys to the national treasury. They’ll hold the former and plunder the latter by way of a culture war, and through the agency of the self-deceiving crypto-conservatives who believe that a Supreme Court seat, and a regressive Department of Education, and state-sanctioned religious intolerance, and a thousand other culture-war battlefronts—are all worth the price of a Trump presidency.

That’s more than an assault on democracy, it’s an assault on reason; and pity though we might the slow-counters who’ve run that math and somehow came away liking the numbers, what we cannot afford to do is offer them any quarter.

So resist, my friends. Let 2017 be remembered as the year we began resisting at every turn.

The overarching goal is to put an end to this illegitimate regime and see its architects frog-marched into the cells they’ve so thoroughly earned. That’s a long, heavy lift; I’m not sure how long it’ll take or how successful or satisfying its outcome will be. But that’s the prize upon which we’ll keep our eyes.

In the meantime, though, let’s not shrink from more modest goals. Let’s do everything we can to fight the culture war everywhere, all the time. Let’s get creative in that respect.

I hold up as inspiration the city of Memphis: like much of the south this city hosts an inordinate number of Confederate war memorials—not, for the most part, erected in the immediate aftermath of the Civil War, but mostly dating from the latter half of the 20th century. They were a slap in the face, in other words, to the Civil Rights movement.

Recognizing them for the civic embarrassments they are, Memphis has been trying for years to decommission them. The city has been stymied, though, by a 2013 Tennessee state law that prohibits the “removal, relocation, or renaming” of statues, monuments, or memorials located on public lands.

So Memphis got creative. 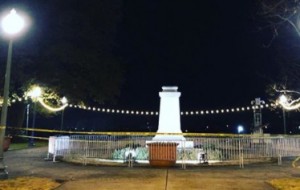 Over the last several weeks, Memphis has transferred the ownership of several city parks—ones in which particularly egregious Confederate statuary are sited—to a non-profit, non-governmental entity that was created specifically for this purpose. That non-profit has been busily hauling down the racist monuments and carting them away.

You can almost hear the neo-Confederates howling.

Trump will undoubtedly howl too, although as noted it’s highly unlikely that this Queens, NY land developer and reality-show host really cares all that much about southern culture and heritage. His legions (30% and dwindling) do care, though, so he has to seem to care as well. He’ll howl, they’ll howl…and we’ll howl right back.

That’s how this war will be fought, folks. It’ll be slow and unseemly, and the bad guys will occasionally win.

That doesn’t change the imperative. In a war with these stakes, there’s no battle—not one—not worth fighting.

Doesn't know much about culture, but knows when it's going to hell in a handbasket.
View all posts by editor, facilitator, decider →
This entry was posted in New Post and tagged culture wars, Memphis, PSA, resistance, Trump. Bookmark the permalink.