One thing about the craft of writing that has undeniably changed down through its history, is its actual methodology. It’s become way, way easier.

And it would be way way easy to belabor that point with a thousand and one ready and valid examples. Instead, just this: Shakespeare and Cicero and the pictogram-cavepainter all had far different tasks, compared to today’s scribe, in how they researched and delivered their content. They probably quite literally had skin in the game.

Skipping ahead to my personal perspective. I’ve completed a few manuscripts in a way not terribly removed from Shakespeare’s: longhand with an inkpen. After that, dozens and dozens more manuscripts banged out on a no-doubt Shakespeare’s-mind-blowing gizmo, a portable manual typewriter.

A sleek electric came next, with unbelievable bells and whistles, even a correction function that could white-out typos before your astonished eyes. That one, which Shakespeare couldn’t conceivably imagine, was a gift from good longtime pal Mark Smith.

That was my penultimate leap toward writing-Phase Next. The ultimate was and is digital word processing.

I like to think I could talk writing with Shakespeare and Cicero, maybe even Ugg. I like to think could find some kind of common ground. But try as I might, I don’t think I’d ever manage to make graspable to them any inkling of the concept, much less the impact and benefits, of digital word processing. 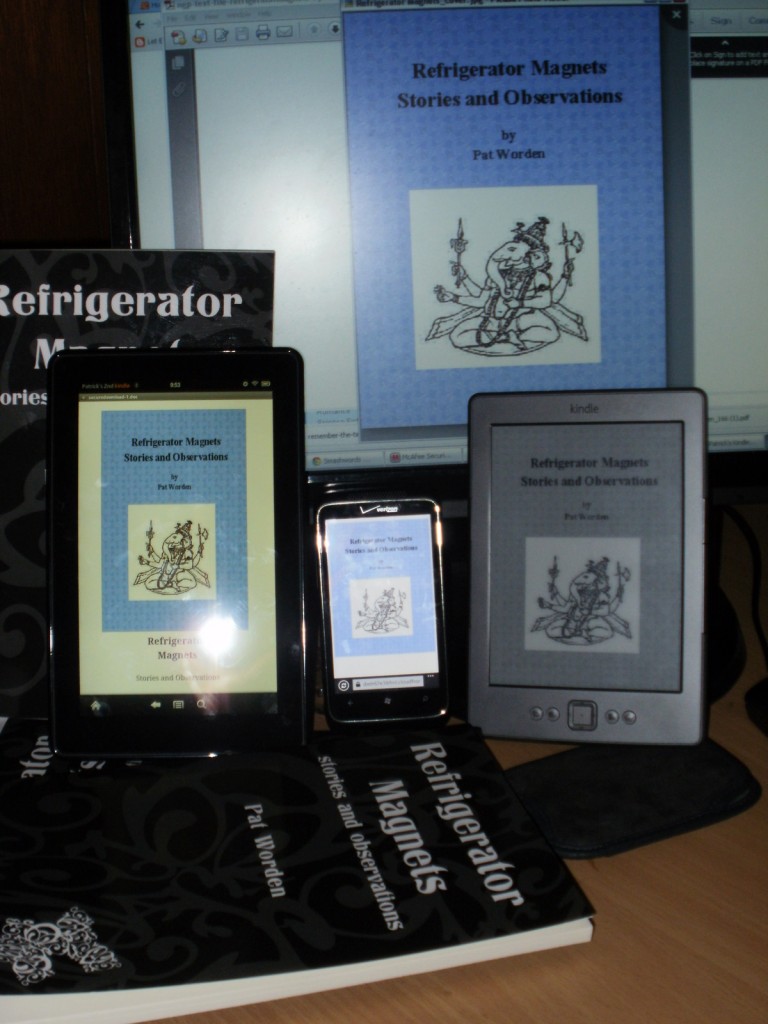 And in a non-unrelated development, hearty congrats to the aforementioned M.H. Smith on the publication of his first novel, Remember The Time.

Doesn't know much about culture, but knows when it's going to hell in a handbasket.
View all posts by editor, facilitator, decider →
This entry was posted in New Post and tagged Mark Hawk Smith, publishing, Refrigerator Magnets, Remember The Time, writing. Bookmark the permalink.