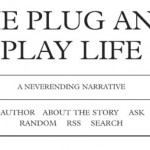 Update on the previously self-plugged blog experiment, The Plug and Play Life: Those playing along at home might remember that the goal was to breed long-format fiction with Tumblr, to see if a neverending story couldn’t be told, down through the scroll of a blog.

I wasn’t sure if it could, but I figured the only way would be to remove temporal context all together. Blogs are sampled, sporadically. That meant this story was going to be sampled sporadically. Every post had to hold up on its own, as a micro-flash peek into the larger unfolding story.

I think I got a grip on that. I hasten to refuse to call it mastered; I’m not sure anyone living will master this act, it’ll require ingenious solutions that I haven’t come close to thinking of. But for the solutions I have thought of…I feel like I’m making good use of them, and I’m enjoying the story that’s rolling out because of it. Will you? I’ve no idea the answer to that but would move heaven and earth to know. For now I’ll just enjoy the illicit liberty of tapping out oddness like this: 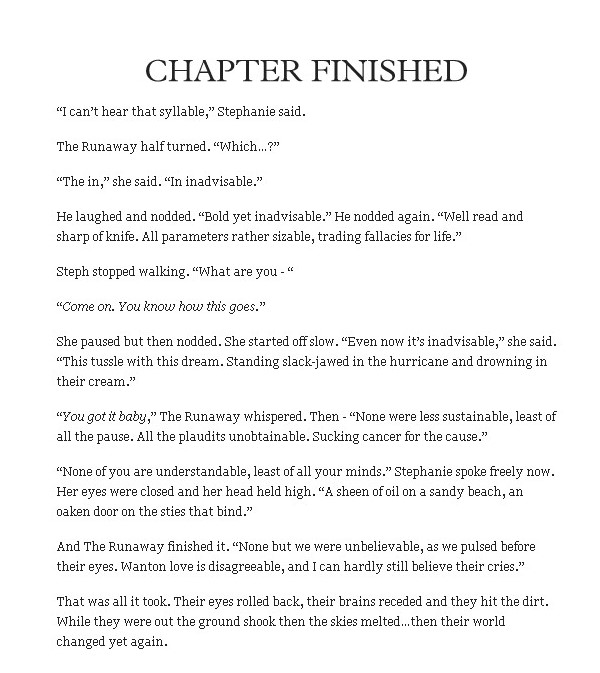 Doesn't know much about culture, but knows when it's going to hell in a handbasket.
View all posts by editor, facilitator, decider →
This entry was posted in New Post and tagged self-promotion, The Plug and Play Life, Tumblr. Bookmark the permalink.