Mass murder stains American culture and bleeds over the American psyche. Americans detest the fact that we breed this sort of thing, so horribly uniquely. We’re terrified it’s our national identity. So we react just as crazily in the aftermath, after our crazy underclass executes our innocents and our innocence. Being reactionary is also part of our national identity, so we spout off and beat our chests and shout out stupid things intended to advance agendas, but that just makes it all hurt worse.

I’ve heard and read today countless suggestions, demands, changes that are supposed to alter this murderous American nature. Or at least protect us from it. A lot of it is downright insanity. I don’t expect to see any of it implemented–not safer schools nor a working mental health system. Certainly not gun control. Not in my lifetime.

Because all of us know deep in our hearts, deep in that conflicted core of bloody Americana, that whether we implement all of those solutions or none of them, we’ll go through this again. It might not be in our nature, but it’s in our culture. It’s a deep infection that we’ve no idea how to cure.

At least, we’ve no idea how to cure it—yet. I shot down all the suggestions I’ve heard to date but ever the optimist, I hold out hope for an idea of a cure from someone who’s yet to speak.

Unless and until that happens we’d better recognize this: the next mass murderer is already planning his day. If one other living soul knows how sick he is, there’s a chance he can be stopped.

I so wish that had happened here. My heart bleeds for Newtown, Connecticut and for the victims of this unspeakable tragedy. 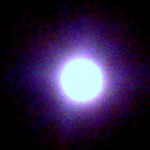 Doesn't know much about culture, but knows when it's going to hell in a handbasket.
View all posts by editor, facilitator, decider →
This entry was posted in Homepage and tagged Newtown. Bookmark the permalink.