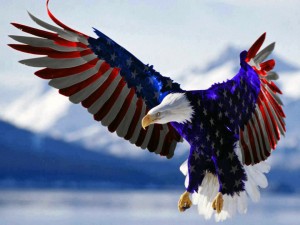 Today is not the anniversary of representative democracy. It’s the birthday of revolution.

More than a decade after the revolution they began talking about proportional representation and division of powers and…yawn. Sorry. The Constitution just isn’t anywhere as exciting as the Declaration. They brought in the second-string writers for that one. It lacks the soul and enthusiasm, and the class-war confrontationalism, that makes that inaugural document ripe for celebrating. And celebrate it we do.

It was about taxes. About rich people not wanting to pay taxes. That’s at the heart of a lot of class wars.

It’s apostasy, I know, to cast the revolution as anything except a Divinely Inspired and Sanctioned Fight for Liberty. And it’s apostasy to suggest that anything but perfection came of it.

So here’s my apostasy, all of which happens to be true: the American Revolution was a product of, in equal measure, the Enlightenment and parochial self-interest; engineered by men who seemed to believe in liberty but weren’t willing to extend it to second- and third-class citizenry which, in the final tally, accounted for the majority of their newly minted constituency. And it was fought largely by common folk whose lives didn’t change much once their allegiance was shifted from king to president.

Two hundred and thirty eight years later we have ample evidence that the nation they created, the form of government they finally settled on, really doesn’t work so well.

If you don’t laugh, you’ll cry. And you should laugh. And you should have yourself a Happy Fourth of July. And you should enjoy a bit more revolutionary apostasy with me, thereby celebrating your right to be snarky, all over this day that someone, before sundown, is sure to tell you is Patriotically Sacred. Enjoy:

Doesn't know much about culture, but knows when it's going to hell in a handbasket.
View all posts by editor, facilitator, decider →
This entry was posted in Homepage and tagged class war, Fourth of July, Revolution. Bookmark the permalink.