Hold your breath and steady your hands: Van Gogh under restoration

It’s necessary, no doubt; and at the same time it’s scary as hell: 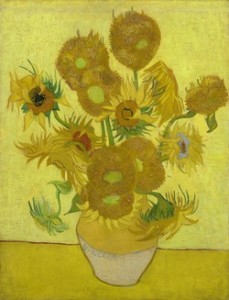 one of the most iconic post-expressionist paintings in existence is about to undergo restoration.

The painting in question is Vincent Van Gogh‘s Amsterdam Sunflowers (1889), the third in his most famous still-life series. Vincent is believed to have completed five sunflower paintings, including one that was probably destroyed by bombing in Tokyo in 1945. The Amsterdam version is owned by the Dutch Van Gogh museum, which has taken it off display for study by conservators. The eventual plan is to remove a layer of varnish that was most likely added in the 1920s, and to restore the original vibrancy of Van Gogh’s cadmium-yellow pigment, which has dulled through oxidation. The museum plans to return the painting to the public collection later this month while a restoration plan is being formulated. No timeline for the conservation work has been given.

The conservators in question are surely on the right side of history here. Preserving Van Gogh for posterity (not to mention undoing the ham-handedness of whatever knucklehead varnished the damned thing) is beneficence on a cosmic-karmic level. Yet one cannot help but to fret. Do-gooding all too often goes awry, in the same blind but hands-on way that forest rangers used to put out every little fire that flared up in the backwoods. It wasn’t until we had those million-acre conflagrations in the ’90s that we realized sometimes the best course is to just stand back and do nothing.

Not saying that restoration isn’t warranted, or that it’ll end up the artistic equivalent of a forest fire. Just saying that this is a Van Gogh, dammit, and that recent experience in restoration has not been exactly encouraging…. 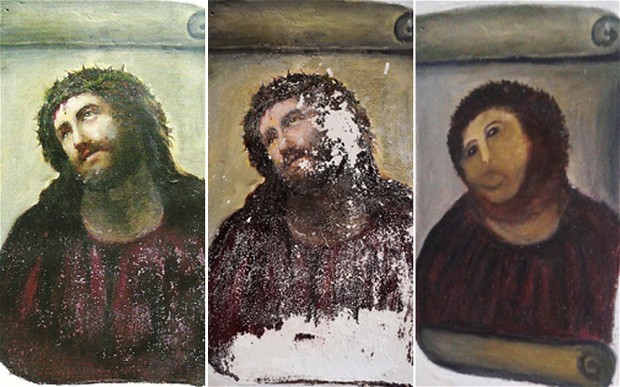 Doesn't know much about culture, but knows when it's going to hell in a handbasket.
View all posts by editor, facilitator, decider →
This entry was posted in New Post and tagged Art, Art history, restoration, Vincent Van Gogh. Bookmark the permalink.