“Aaron Burr” takes a shot, we all feel the recoil 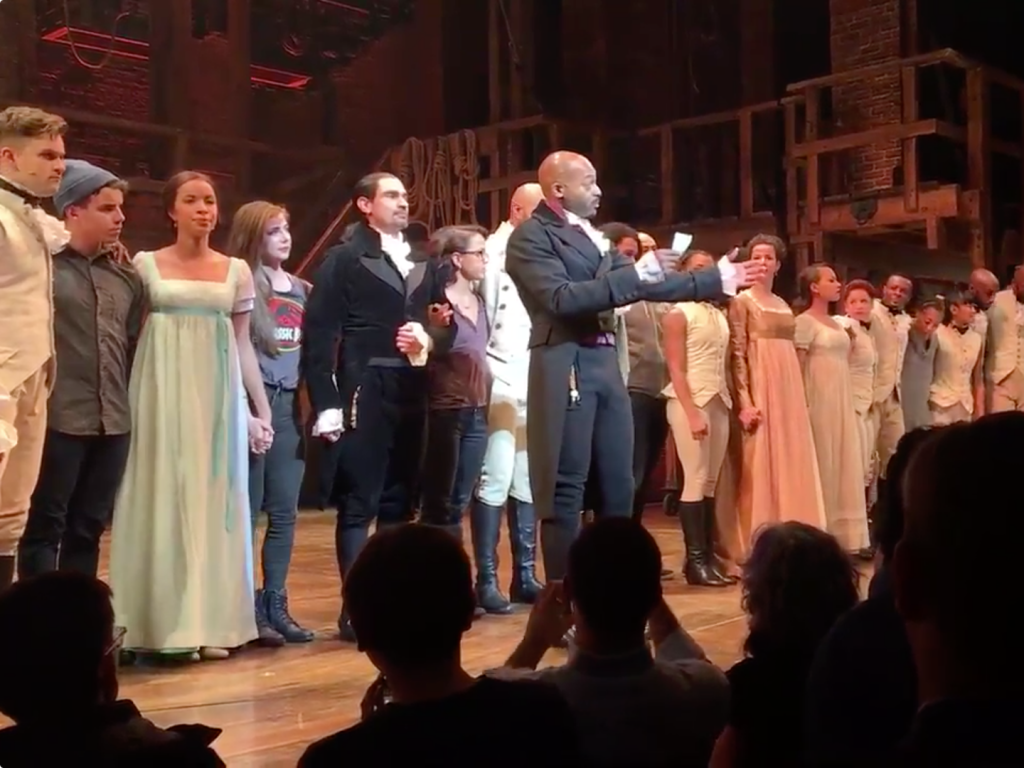 Culture and current events intersected, as they do, when this weekend Vice President-elect Mike Pence attended the Broadway mega-hit musical, Hamilton, and was addressed both with sporadic boos (and some 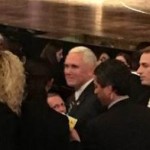 cheers) upon his entrance, and with with a stirring appeal from the cast at the play’s end.

We, sir — we — are the diverse America who are alarmed and anxious that your new administration will not protect us, our planet, our children, our parents, or defend us and uphold our inalienable rights. We truly hope that this show has inspired you to uphold our American values and to work on behalf of all of us.

Pence’s reaction has been muted, perhaps somewhat gracious. The same cannot be said for his erstwhile running mate, our president-elect, Donald Trump. Taking to Twitter overnight, in his inexplicably rash way, he called the incident “harassment,” said that theaters should be a “safe and special place” (particularly laughable given the scorn heaped on the idea of “safe spaces” by the political right), and called on the cast to apologize.

I’ll leave it to the reader to gauge whether the statement quoted above rises to the level of harassment, or if any part of it merits an apology. I’d only point out the bald hypocrisy of such a demand from a candidate, now a world-leader-in-waiting, who has brought unprecedented coarseness to our political dialogue, and who has yet to even hint at an iota of regret.

We’re now nearly two weeks past the election that has shaken America and stunned the world. I’m breaking my own literary silence on that electoral outcome, mostly because it’s taken me this long to process it, and also because the Hamilton incident offers a stark glimpse of where we’re at in this absurd time of transition and adjustment.

I readily admit I did not foresee and was not prepared for a Trump victory. I’m on record predicting exactly the opposite, although I was cautious enough to prognosticate a squeaker. For several days after the election I struggled to try to explain, if only to myself, what exactly had happened.

I’m still not sure I have that explanation, and I’m chastened enough to recognize any and all of my assumptions might very well be wrong. That said, I think that the election of Donald J. Trump can be attributed to a bizarre confluence of events, none of which would have been have been enough to bring it about alone. So the tandem meddling of both Putin’s Russia and Comey’s FBI, and the coast-focused incompetence of Clinton’s campaign, and the economic insecurity of middle America all converged, and delivered a result that I and many others never thought possible.

But all of that is, as they say, spilt milk. Trump did not win the majority, or even a plurality of votes cast, but he captured an electoral majority. In our system, for good or ill, that delivers him the victory.

In the wake of that upset, hate crimes are on the rise. White nationalists who call themselves the Alt-Right, but who might be better understood to be neo-fascists, are vocally emboldened. Trump is elevating people who, if they don’t outwardly identify as members of that movement are at least heroes of it, to positions of power in the White House and Justice Department. Darkness is descending.

But there are glimpses of light. We saw one the other night when the cast and crew of a theatrical production broke the fourth wall and spoke truth to power. We’ll see more such glimpses, in the days and months and years to come, because bravery abounds and there is much truth to be spoken.

Donald J. Trump will take the oath of office and become president and commander-in-chief of the United States of America. For the sake of our nation and our world I readily wish him well, and am sincere in my hope that he rises to the occasion. But if his baser instincts prevail and he remains the man we saw on the campaign trail—indeed, the man he’s been for his entire public life—then it’s our duty, mine and yours and every other Hamiltonian patriot, to stand and tell him: No. Not in our name.

Doesn't know much about culture, but knows when it's going to hell in a handbasket.
View all posts by editor, facilitator, decider →
This entry was posted in Homepage and tagged Brandon Victor Dixon, Donald Trump, Election 2016, Hamilton, Lin-Manuel Miranda, Mike Pence, resistance, Trump. Bookmark the permalink.