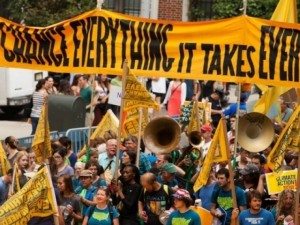 Pro forma apologies to any committed partisans in the audience, but I’m firmly convinced that the advent of political parties in general, and our sycophantic two-party system in particular, has brought about the incremental ruination of the great American experiment in representational democracy.

No less an OG insider than George Washington spoke at length on the subject on the occasion of his retirement from government. I hold the good general in esteem, but without gloss. He was a slave owner—when he governed from New York he was known to rotate his slaves back to Virginia after about 11 months to prevent them from benefiting from a free-after-a-year state law. He was not, clearly, without his cultural warts, and we do ourselves no historical favors by ignoring these. But he could have been king; no one would have stopped him, indeed his fledgling nation would have tripped over itself rushing to crown him. He demurred. So his thoughts on politics and good governance are perhaps worth heeding.

His farewell speech was, in its entirety, a warning against political parties (he was never a member of one, and his two terms remain our nation’s only independent, non-partisan administration). Here’s a taste of that speech:

“However [political parties] may now and then answer popular ends, they are likely in the course of time and things, to become potent engines, by which cunning, ambitious, and unprincipled men will be enabled to subvert the power of the people and to usurp for themselves the reins of government, destroying afterwards the very engines which have lifted them to unjust dominion.”

Despite the stranglehold the two parties currently enjoy, a slim majority of Americans pledge allegiance to neither. A slim majority of Americans also, as a matter of habit, do not vote. Correlation might not be causation, but then again sometimes it is. Independent voters (or non-voters, as the case may be), might skew left or right, in the general direction of one party platform or another, but they shouldn’t kid themselves. The parties’ primary (and secondary, tertiary, etc. etc.) ideology is power. Allegiance is no two-way street. Want proof? Read the news (start here and here).

It’s all a bit discouraging, as evidenced by that aforementioned non-voting trend, but I urge my fellow citizens to 1) take heart, and 2) VOTE. It’s one of the last morsels of sovereignty left to us, and it’s the only one they fear.

Now, don’t think I don’t recognize (and disdain) the inherent paradox. When an anti-partisan votes, he or she will almost certainly be voting for, at some place up or down the ballot, a member or members of one of those suspect parties. True enough, and nearly avoidable. For now. Remember though that the independent movement, though small, is growing. More and more non-affiliated candidates can and will run. Remember also that some candidates, even with a nominal D or R after their names, might truly choose to serve their people above their party—so do your research.

Finally, remember that in absence of a candidate, a slate, or a platform you can support (or vote against, as appropriate), you can always choose to be an issue voter.

They’re not as common as you might think. Some notable organizations have sprung up around particular issues, but they as a matter of course have captured, or been captured by, the political parties with which they’re seemingly most aligned. The result has been that voters who might seek to engage with just those issues found themselves supporting a party, whether they intended to or not.

So beware and choose wisely. And if I might be so bold let me recommend what is perhaps the most portentous issue: the environment. Think if you will that environmental consciousness is the purview of one specific political bent—to some extent that’s true. It needn’t be, though. Conservation was born from conservatism, and in any case planetary survival should be as about a non-partisan concern as one could imagine. Your ideological leanings do not mitigate your need for potable water, for breathable air, for a livable climate.

Let me be one whit bolder, even, and point you toward some fellow travelers: The Environmental Voter Project is a non-aligned movement seeking to mobilize a vast cadre of concerned citizens, and turn them into a bloc bent on saving the earth. No small goal, that, but relevant polling has been encouraging. There’s reason to believe that environmentally conscious Americans, if they show up to vote, can easily tip the next election.

Notice and heed the caveat, and vote-vote-vote. We can break the American deathgrip of partisan inequity; and, just maybe, we can start healing the planet. There’s a lot each of us can do toward both those ends, and we’re each perhaps responsible for exploring the possibilities. But there’s one indisputable duty, one that no citizen should in good conscience ignore. Please, please vote.

Doesn't know much about culture, but knows when it's going to hell in a handbasket.
View all posts by editor, facilitator, decider →
This entry was posted in New Post and tagged climate change, environment, Environmental Voter Project, George Washington, partisanship, politics. Bookmark the permalink.